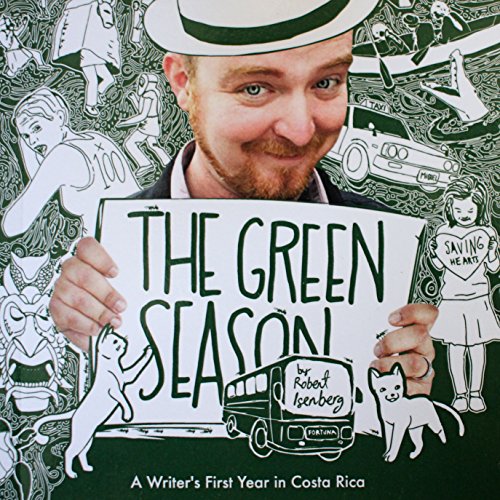 A dynamic collection of essays and reportage, The Green Season illustrates daily life in Costa Rica, a tiny Central American nation dedicated to peace and teeming with tropical life. With his trademark humor and observation, Robert Isenberg describes the people, culture, and biodiversity that make Costa Rica so unique, from a centuries-old indigenous ceremony to a remote jungle crisscrossed by crocodile-filled canals. Isenberg explores the country head-on, fighting his way through San Jose traffic, mingling with venomous snakes, and even making a cameo in an epic soccer film at the height of World Cup fever. Richly detailed and tenderly written, The Green Season is one expat's love letter to his adoptive homeland.

What listeners say about The Green Season

My wife and I like to read or listen to a book about the country we are about to visit. This book was everything we were looking for. It gives you a taste of what influences the country and culture. The author talks about different regions and events. I felt like it was a great introduction to a people and culture which can be very different from the United States.

That said, the book is told from the view of the author. This means that reading the book requires you to spend time with a whiny, pretentious squish. This guy talks down about tourists as if he isn't one. He discusses the locals as quaint and cute. He really only takes himself seriously and spends a good amount of the book doing so.