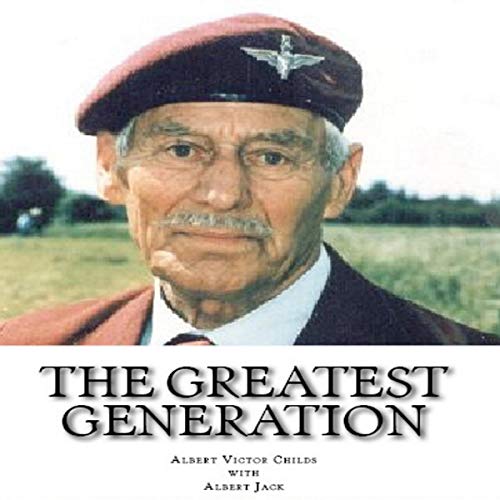 The Greatest Generation is the firsthand account of an English soldier who began his army career with the Long Range Desert Group in 1940, raided with David's Sterling's Special Air Service, volunteered for the 1st Airborne Division, and took part in their first ever jump. He then transferred to the 6th Airborne in 1943, and with them, he dropped at Pegasus Bridge, battled the Bulge, jumped the Rhine, and fought through Northern Germany to meet the Russians on the Baltic Coast, where they celebrated together with vodka.

Now, for the first time, his personal account is available and provides a fascinating insight into the minds of the men of the parachute brigade who carried out such dangerous wartime operations.

Narrated by his grandson Albert Jack.

What listeners say about The Greatest Generation - World War 2: Diary of a 1st & 6th Airborne Paratrooper during the Second World War

Probably the worst made up war memoir I have ever heard. Historical and factual nonsense about knife fighting, SAS, paratrooping, Military Policemen unsure of what formation they actually belong to. All the military cliches badly thrown together with mispronounced place names to rub it in. Hard work, infuriating rubbish throughout.

There are accounts here that I hadn’t known. This is an honest and personal view of someone that was there. I really enjoyed his honesty.