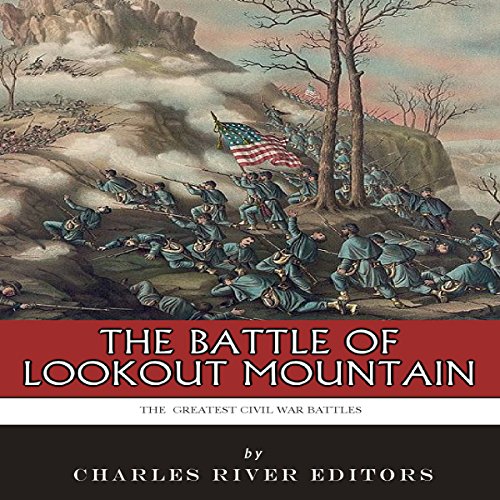 "Viewed from whatever point, Lookout Mountain, with its high palisaded crest, and its steep, rugged, rocky, and deeply-furrowed slopes, presented an imposing barrier to our advance." - Fighting Joe Hooker

In late September 1863, the Confederates began laying siege to the Union Army of the Cumberland around Chattanooga. It would be their last gasp for supremacy in the West. Following the devastating Union defeat at the Battle of Chickamauga on September 20, the army and its shaken commander, General William S. Rosecrans, began digging in around the city and waiting for reinforcements to arrive. Meanwhile, the Confederate Army of Tennessee, under General Braxton Bragg, took the surrounding heights, including Missionary Ridge to the east and Lookout Mountain to the southwest, allowing them control over the vital rail and river supply lines needed by the Union forces in the city. Bragg planned to lay siege to the city and starve the Union forces into surrendering.

Having lost faith in Rosecrans after Chickamauga, Washington delegated Ulysses S. Grant with the task of lifting the siege by placing him in command of nearly the entire theater. Grant replaced Rosecrans with George H. Thomas, who had saved the army at Chickamauga, and ordered him to "hold Chattanooga at all hazards. Thomas replied, "We will hold the town till we starve". Meanwhile, President Lincoln detached General Hooker and two divisions from the Army of the Potomac and sent them west to reinforce the garrison at Chattanooga.

What listeners say about The Greatest Civil War Battles

Well this book is historical and not a comedy, it is certainly regarding a comedy of errors. I found myself laughing at several points.