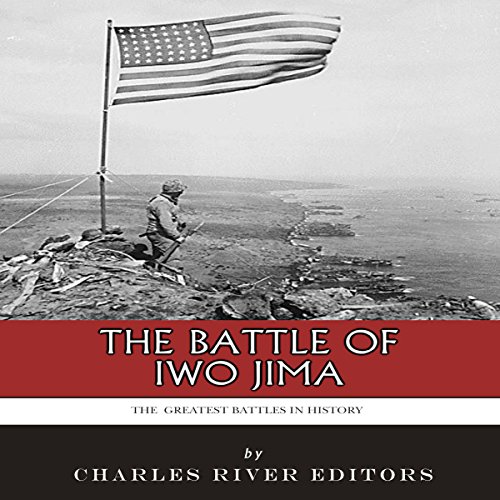 The Greatest Battles in History: The Battle of Iwo Jima

On February 23, 1945, one of the most famous photographs in American history was taken atop Mount Suribachi, as five American soldiers began to raise an American flag. The picture, which most Americans are instantly familiar with, has come to symbolize the strength and sacrifice of America's armed forces, and though many realize it was taken during the Battle of Iwo Jima, much of the actual battle and the context of the picture itself have been overshadowed.

The Battle of Iwo Jima, code name "Operation Detachment," is more of a misnomer than anything. It was fought as part of a large American invasion directed by steps toward the Japanese mainland, and it was more like a siege that lasted 36 days from February-March 1945, with non-stop fighting every minute. In fact, the iconic flag-raising photo was taken just four days into the battle, and as that picture suggests, the battle was not a pristine tactical event but an unceasing horror with no haven for protection. As veteran and author James F. Christ put it in the foreword of his exhaustive study of the action, "it is carnage...that is what Iwo was...the Gettysburg of the Pacific." Iwo Jima defined the classical amphibious assault of the World War II era, as much as the Normandy invasion did, but it came later in the war. In Europe, the Battle of the Bulge had already been won, and German forces would surrender in early May. However, the Japanese Empire was still at a considerable level of strength and state of resolve, and an essential offensive, grinding from island to island with naval unit to naval unit and air to air was met with maniacal resistance by the enemy.

When Admiral Chester Nimitz was directed to capture an island in the Bonin group, Iwo Jima stood out for its importance in making progress against the mainland, with three airfields that would allow American air forces to attack the Japanese mainland. But the Japanese were also well aware of how important Iwo Jima was, and they fought desperately in bunkers and tunnels that required the Americans to carefully clear them out gradually. Less than 5% of the Japanese soldiers on Iwo Jima were taken alive, and American casualties were estimated at 26,000, with 6,800 killed or captured. A month later at Okinawa, which lasted from April-June, the Americans suffered an estimated 62,000 casualties, with 12,000 Americans killed or captured. These deadly campaigns came after widely-held predictions that taking these islands would amount to no more than a brief footnote in the overall theater. However, the national character of the Empire was equally misunderstood.

The Greatest Battles in History: The Battle of Iwo Jima comprehensively covers the entire military situation that led up to the battle, analyzes the decisions made by the battle's most important leaders, and explains the aftermath of the American victory.

What listeners say about The Greatest Battles in History: The Battle of Iwo Jima