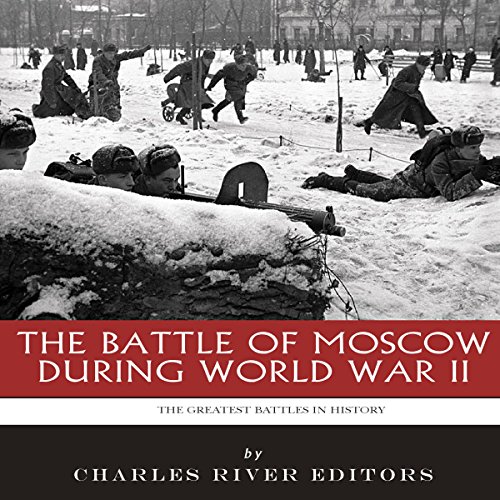 The Greatest Battles in History

World War II was fought on a scale unlike anything before or since in human history, and the unfathomable casualty counts are attributable in large measure to the carnage inflicted between Nazi Germany and the Soviet Union during Hitler's invasion of Russia and Stalin's desperate defense. The invasion came in 1941 following a nonaggression pact signed between the two in 1939, which allowed Hitler to focus his attention on the west without having to worry about an attack from the eastern front. While Germany was focusing on the west, the Soviet Union sent large contingents of troops to the border region between the two countries, and Stalin's plan to take territory in Poland and the Baltic States angered Hitler. By 1940, Hitler viewed Stalin as a major threat and had made the decision to invade Russia: "In the course of this contest, Russia must be disposed of...The quicker we smash Russia the better."

While a legend exists today that Hitler's strategic fecklessness destroyed Germany's chances, despite the wise objections of the Wehrmacht general staff (OKW), the actual situation in 1941 resembled the precise reverse of this familiar historical trope. The historian Robert Forczyk argues convincingly that the Fuhrer retained his full strategic acumen in 1941, until he ill-advisedly adopted the suggestions of the OKW and diverted forces in a winter campaign to seize the Soviet capital, leading to the Battle of Moscow.

The Third Reich's dictator initially viewed Moscow as a relatively trivial objective, only to be seized once the Red Army suffered defeat in detail. In fact, he planned a pause during the bitter Russian winter, conserving German strength for a fresh offensive in spring of 1942. Wisely, According to Chief of Operations Colonel Heusinger, Hitler manifested "an instinctive aversion to treading the same path as Napoleon...Moscow gives him a sinister feeling."

Despite the obstructionism of the OKW General Staff - centered around Fedor von Bock, Franz Halder and Brauschitsch, who obsessed over taking Moscow and reacted to the Fuhrer's focus on the south with open rage and contempt - the southern offensive went ahead, securing another stunning victory over the Soviets and seizing the economically vital Donets Basin. In the meantime, Stalin immolated hundreds of thousands of his own soldiers in futile attacks against Army Group Center, holding the German front facing Moscow.

Halder ultimately drafted the plan for Operation Typhoon, the October 1941 thrust towards Moscow, and Hitler showed considerable reluctance to agree to the attack, believing it best if the Germans suspended operations until spring. Halder and his OKW clique persisted, however, badgering the Fuhrer until Hitler imprudently yielded to their demands. The head of the Third Reich apparently succumbed to Halder's and Bock's importuning mostly due to unrestrained ebullience over the southern success. He felt that at this stage, "nothing could go wrong." In doing so, he forgot the keenly insightful precept of the 17th century samurai general Oda Nobunaga, who declared, "After a victory, tighten your helmet straps." Far from maintaining his focus, however, Hitler relaxed and let his guard down. His surrender to Halder's impractical plan signaled the beginning of an ominous reversal of Wehrmacht fortunes whose seeds sprouted at the Battle of Moscow.

What listeners say about The Greatest Battles in History