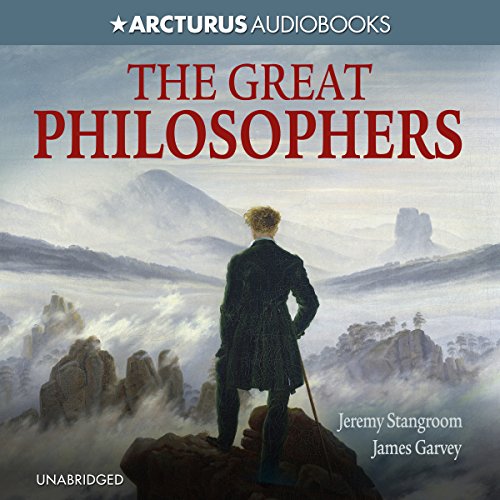 Philosophy has been underway for more than 2,000 years. The Great Philosophers traces the biggest and most influential thoughts in philosophy’s long stride through history, beginning with the ancient Greeks and early Romans, the first philosophical thinkers in the West, to whom much is owed.

How their concerns became the concerns of those who followed is clearly laid out, as is the way their answers shaped what we now recognize as philosophy. The medieval philosophers are also represented, combining their religious concerns with ancient thought and carrying it into the Renaissance. The modern era, the explosion of philosophy sparked by Descartes, is well represented here too. Founders and representatives of both rationalist and empiricist schools make an appearance, as do philosophy’s skeptics with their often-darker conclusions.

Philosophy’s long walk continues, and you will find here the thoughts which make its contemporary form what it is, and perhaps what it is on the way to becoming. Philosophy is very much still underway, and The Great Philosophers pays regard to both the discipline as it is practiced now and to the history which made contemporary philosophy possible.

What listeners say about The Great Philosophers

Never studied philosophy? then is a great start!

This book helped so much with my studies in understanding specific concepts and highlighting themes of particular thinkers - a life saver!