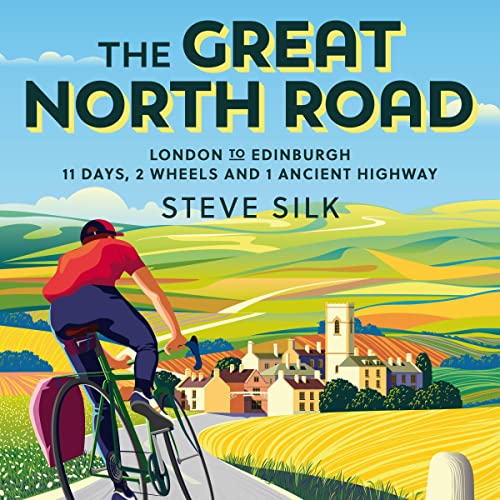 The Great North Road is a journey as satisfying for the armchair traveller as the long-distance cyclist. Enriched with history, humour and insight, it’s a tribute to Britain and the endless appeal of the open road.

In 1921, Britain’s most illustrious highway, the Great North Road, ceased to exist - on paper at least. Stretching from London to Edinburgh, the old road was largely replaced by the A1 as the era of the motor car took hold. A hundred years later, journalist and cyclist Steve Silk embraces the anniversary as the perfect excuse to set off on an adventure across 11 days and 400 miles. Travelling by bike at a stately 14 miles per hour, he heads north, searching out milestones and memories, coaching inns and coffee shops. Seen from a saddle rather than a car seat, the towns and the countryside of England and Scotland reveal traces of Britain’s remarkable past and glimpses of its future. Instead of the familiar service stations and tourist hotspots, Steve tracks down the forgotten treasures of this ancient highway between the two capitals.

"Weaving the history of the old road with the colour and the characters of today, Steve proves that any journey is an adventure if you know where to look." (Alastair Humphreys)

What listeners say about The Great North Road