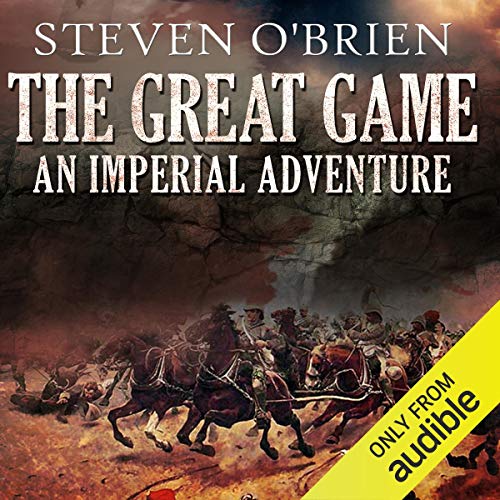 In the high days of the Raj, Captain Toby Larburgh meets a stranger in Calcutta’s Great Eastern Hotel. Over a drink Toby tells of his adventures in the mountains of British India’s northern borders.

His quest to find out what lay behind the death of a local Imperial agent took him to the far-flung reaches of the British Empire, the distant princely state of Ghondabaur. When he reaches the lavish palace, he encounters a prince who is desperately attempting to save his father’s kingdom from brutal invaders. As the mystery behind the agent's death unfolds, Toby finds himself entranced by a melancholy princess. He is also perplexed by the presence of two swaggering adventurers, Peachey Carnehan and Daniel Dravot. Who can he trust? Toby finds himself cast into an almost medieval world of duplicity and intrigue, where nothing is as it seems… Will Toby be victorious in The Great Game to safeguard the Empire’s most remote possessions? Or will he be another pawn in a grander scheme of corruption and deceit?

What listeners say about The Great Game

Would you try another book written by Steven O'Brien or narrated by Jeremy Clyde?

Would you recommend The Great Game to your friends? Why or why not?

Not sure. I found this book very confusing and hard to follow though I did finish it.

Don't have a particular scene in mind.

Did The Great Game inspire you to do anything?

I'm pleased I finished this book but I found it hard to follow. am still confused, especially as there was a dream sequence and it starts and ends with someone telling someone else about what happened.