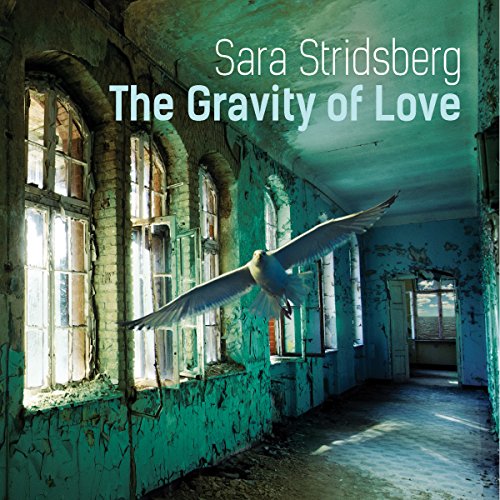 The Gravity of Love

The Gravity of Love

A dazzlingly inventive and acclaimed novel set in a Stockholm psychiatric hospital - by one of Sweden's most exciting literary talents.

'I'll put my head in the oven so you know where I am,' he whispers, kissing her neck.

Jim - charming, captivating, much loved by his women friends - has attempted suicide several times. Over his period of incarceration at the Beckomberga hospital for the mentally unstable, he voices his determination to succeed. Someday soon, he tells his daughter - as he has earlier told his mother and his wife - he will swallow 60 tablets, help them down with a bottle of whisky, and swim impossibly far out into the Atlantic.

Will he, really? This question plagues Jim's daughter, the narrator of this powerful novel, who is as addicted to the hospital as her father is to alcohol. Through her subtle observations, we understand the emotional needs of diehard alcoholics, the rational uxoricide and other seemingly normal inhabitants of a psychiatric unit in the process of shutting down, depriving them of the only place they have known as home.

A Magic Mountain for our times, for listeners of Eimear McBride and Alexander Masters.

What listeners say about The Gravity of Love

I didn’t expect this to be so darkly beautiful but The Gravity of Love by Sara Stridsberg gets 5 stars (6 if I could!) from me. It’s a truly remarkable book.

It is the story of Jackie whose father Jim spends time in Beckomberga, a psychiatric hospital in Stockholm. Much of the story is told in Jackie's memories of her childhood visiting Beckomberga, her dad &amp;amp; the other people that she met there. There is also another storyline, that of Olof, a fictional “last patient of Beckomberga”. Olof makes very little appearance in Jackie's own story nor does his storyline make up much of the book. His presence is ephemeral, ghostlike; brief but important in providing a wider historical perspective for Jackie &amp;amp; Jim's story.

The stories are told in a fragmentary style which is powerfully dreamlike. Occasionally there are brief insights into the history of Beckomberga, which creates a solid surface underneath the characters who otherwise seem to float on (or fall through) air. There’s something absolutely magical and simultaneously disturbing about the whole thing.

Stridsberg paints this story in shadows which she slowly and evenly brings into the light. It’s a book not to be rushed; it sets its own pace &amp;amp; develops with an uncertainty that keeps us unsteady on our feet, not always sure quite where we are, with a falling sensation, much like her novels characters.

One of the best things about this book is that as a reader we don’t have any sense of control and any expectations we bring to the novel are quickly undermined. It’s very surreal, but also extremely honest. I think it really creates the off balance feelings that some patients of these institutions would have experienced.

In the audiobook Kristin Milward’s performance is slow, smokey and intimate, which captures the writing style superbly. When I finished reading I immediately started it again from the beginning as I wasn’t ready to leave its world behind me.

I loved this book, it really spoke to me. In the era of deinstitutionalisation I worked with several people who had spent much of their lives in psychiatric institutions. This was a very respectful approach to the stories of those who lived through that era.

I enjoy books that give insight into personalities and relationships &amp;amp; this one hit every note for me. Absolute magic.