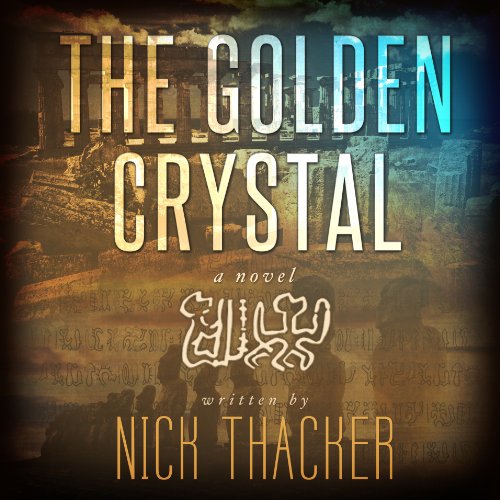 In 1791, two men began the planning layout of the original plans for the nation's capitol city. One is shunned and resigns in disgrace, and the other is all but forgotten. Years later, an original copy of the plans long thought to have been destroyed is found, with hastily marked notations by Thomas Jefferson and George Washington.

During the second World War, American military scientists discover some fascinating properties of the hydrogen atom and its link to an ancient mystical number. The exact findings are never published, but a national laboratory is built in 1943 to further their research in covert silence. America is told it is a defense project, code-named The Manhattan Project.

An ego-maniacal entrepreneur and his company, Vilocorp, will stop at nothing to build the perfect human specimen. His firm's research has been getting closer every day, but they seem to have uncovered a horrific, ancient secret that has been locked away for thousands of years.

Now, it's up to two men to understand the mystery surrounding the events and ancient symbolism before Vilocorp unleashes a hellish fury upon the earth; one that hasn't been seen for ages...

What listeners say about The Golden Crystal

This was a very good book. I enjoyed the narrator as well. I fully recommend it.

Bounced around a lot , but a great deal of fun!

Would you try another book from Nick Thacker and/or Mike Vendetti?

Yes...not my favorite combination of author/reader, but they seem to be on the same page when it comes to editing and charcters.

Most...the historical settings and the research into the characters was impressive.

Least...there was some leaps of editorial faith that were somewhat...odd.

Indeed it did, and quite nicely I might add.

Did The Golden Crystal inspire you to do anything?

Look into more books by this author and reader combination.

A quick, interesting thriller. Nothing amazing, but well worth the credit.

I really enjoyed this adventure story about a mythical power source, ancient civilizations and mystic connections between Washington D.C., the Egyptian pyramids and Easter Island. It's full of interesting characters, some of them more than a little bit unstable with lots of action and a plot that keeps throwing you new curves every time you think you might have it all put together.
It's a bit of Indiana Jones, a healthy helping of mad scientist horror a power and profit hungry mega-corp and even a sweet and beautiful young researcher and so much - everything you need for a good story and it certainly was that.

Gives one a fast overlook of historical sites, full of adventure and action
Given audio for my my voluntary review and review and my honest opinion

Okay, this is an interesting book, in the sense that keeps you reading. And I like the mix of different mythologies and the concept of the story.

It's exciting, filled with non-stop action and (IMHO) a bit excessive in violence, but then, this is a thriller, and... well *shrugs* it happens :P

But my problem is with the characters: too many, for starters, and none of them I liked. If all of them had died in the last scene, I wouldn't have shed a tear.

But I did listen to the whole thing because it IS entertaining, and Mike Vendetti does a superb job with the narration.

futuristic save the world story

I enjoyed listening to this, a few twists and turns but they good guys won out in the end.

loved every minute of this

It an ok read

To be honest there's a lot of dribble, lost me a few times and got bored, however the story and characters are enjoyable.