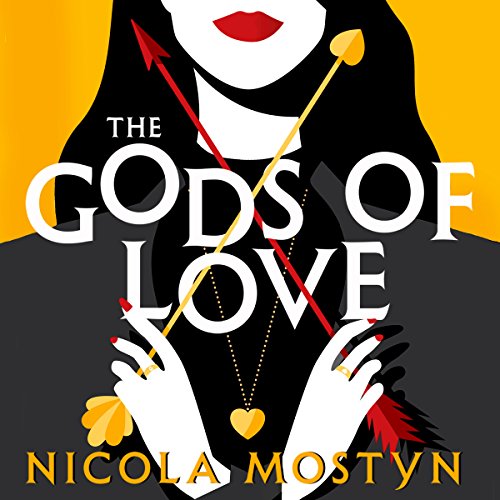 The Gods of Love

The Gods of Love

Meet Frida. Divorce lawyer, cynic and secret descendant of the immortal love god Eros. She's about to have a really bad day....

When a handsome but clearly delusional man named Dan bursts into Frida's office and insists that she is fated to save the world, she has him ejected faster than you can say 'prenup'. But a creepy meeting, a demon or three and one attempted kidnapping later, Frida is beginning to face the inconvenient truth: Dan is in fact The Oracle, the gods of Greek mythology are real and Frida herself appears to be everyone's only hope.

The world is doomed.

Bridget Jones by way of Neil Gaiman, this smart and quirky story will change the way you look at love forever.

"This book blew my mind. A super-smart comedy about love. Romantic, adventurous, magical, and very very funny. Mostyn has invented a whole new genre. All hail the new goddess of the romcom!" (Emma Jane Unsworth, author of Animals)
"A proper page-turner! Suspenseful, mysterious, spooky and witty - and great fun." (Justin Myers, author of The Last Romeo)

What listeners say about The Gods of Love

Corker of a read. Great to have the gods translated into a rollercoaster paced novel with a cool heroine. Already looking forward to the next instalment. Choice of narrator perfect - a touch of the Maxine Peake voice quality & accent.

I really enjoyed this, and am looking forward to Nicola Mostyn's next book. I was eager to listen in any spare moments which doesn't happen that often with audiobooks. I hope it is the same narrator for the next book.

Well thought out, well researched, well written. Riveted throughout, didn’t stop listening for every spare moment over 3 days until it was finished.