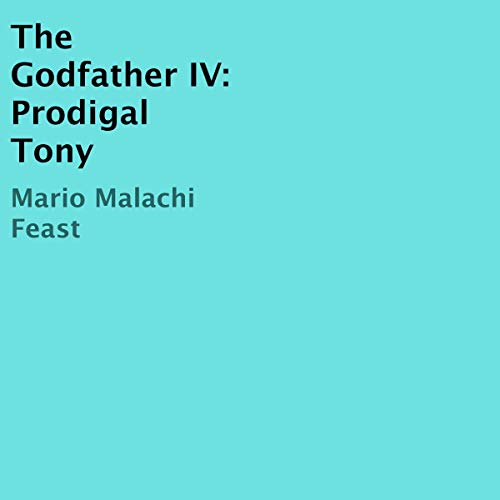 Anthony Vito Corelone, son of the late Michael Corleone, returns to the family villa in Corelone, Sicily. After years of a self-imposed exile, he is determined to fulfill his father’s wishes to be Don. After the assassination of his sister in 1978, he continued to perform in operas throughout the World.

Yet his Aunt Connie and her nephew Vinny Corelone have other plans. In an attempt to ensure opaque legitimacy, Connie and Vinny make fragile alliances with Russian and Estonian Mafia groups. Connie tries to re-establish the Immobilarie Bank. The Vatican and Cardinal Urbano continues to resist this venture.

Michael Corleone’s Consigliere Al Neri, fresh from finishing his job of finishing off Archbishop Gilday, continues to serve Michael. Although Vinny is the acting godfather, Michael decides to hand over his ring to his son Tony. Tony remains obstinate.

From 1979 to 2015, Vinny and Connie together have lost much of the Corelone Empire. During the early 1980s during the second Mafia War, the Corelone Family grew in power, and control. Vinny expanded his control. But after the fall of the Soviet Union, the power and reach of the Russian Mafia hindered the Corelone’s.

As the story moves from the death of Mary Corelone, and other Mafia rivals, strange alliances, Tony returns to use the Family’s last resources for one last battle. This time Tony sets out to destroy all the RFID chip manufacturers. Connie realizes Vinny will lose control, and so will she if Tony is not stopped. Will Tony or Vinny be the Don at the end?

What listeners say about The Godfather IV: Prodigal Tony

ugh. Hoping for a decent story I was sorely disappointed. It sounds like fan fiction and was performed by a person with some subpar reading skills. (not performing, but reading)
It may have been written toround out the Godfather saga by giving somewhat of an ending to Tony, Connie and Vinnie but it's just not that, unfortunately.

Horrible. Put a hit out on this title

Calling it awful is an insult to awful books everywhere. The narration is beyond bad (so many mispronunciations of ordinary English words). And the story--which changes from one character to another's first person narrative without warning is beyond stupid.