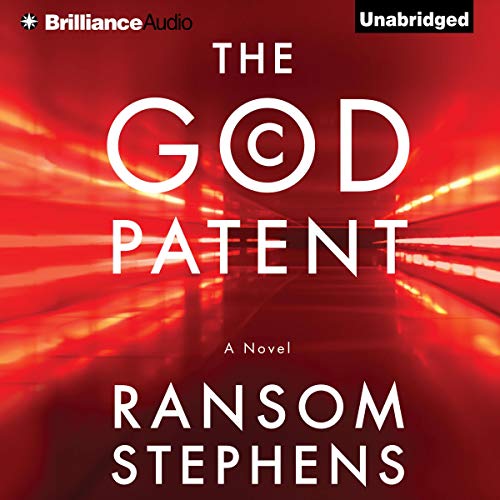 When electrical engineers Ryan McNear and Foster Reed coauthored two patents for company cash incentives, they thought it was all just a joke. One describes the soul as a software algorithm, and the other described the Big Bang as a power generator. But when the company crashes, McNear finds himself divorced, desperately hard up, and estranged from his son. As he rebuilds his life, McNear discovers Reed has used their nonsensical patents to draw in top-tier energy investors. A patent war erupts, and McNear is suddenly immersed in a battle between hard science and evangelical religion. To prove himself, he will have to risk everything - his reputation, his livelihood, and even his sanity - to be with the son he loves and refuses to forget.

Set in the age-old culture war between science and religion, The God Patent is a modern story that deftly blends scientific theory with one man’s struggle to discover his soul.

What listeners say about The God Patent

I downloaded this book thinking it was sci-fi. It is fiction about science but not really science fiction. It is a good story full of believably human characters. Well worth a listen.

Not really sci-fi, rather scientific fiction

Ransom Stephens' The God Patent is a unique sub-genre of sci-fi. There's no actual science fictional elements as much as an attempt to create a fictional universe where current science aligns more closely with religion. Two young engineers on a whim submit two patent applications that basically outline a computer neural net that displays free will and an energy extraction method that parallels the big bang. These concepts are interpreted by the religiously inclined to mimic the creation of a soul (the neural net) along with the conversion of spiritual energy to usable energy in the real world (the bang). Much attention is paid to attempting to harmonize story concepts to the existing understanding of physics.

At the same time, the story mostly concerns itself with the two engineers as we follow one life on the upswing and the other in a grand mal death spiral. Along the way, are the ambulance chasing lawyer, religious zealots, an atheistic scientist, and the Einstein level wunderkind. The plot is engaging with a good flow and realistically portrayed characters along with a reasonable insertion of corporate, government, and media suits. Sadly, none of the characters are endearing by the end, but probably the only bit of sci-fi is the cosmic justice and universal irony. One can just imagine the impetus for the tale was a late night, substance enhanced party with undergraduate physics majors taking a bet on hypothesizing alignment between science and religion.

The narration is well done with a solid range of voices for both genders as well as young and old.

The eternal conflict between religion and science.

This is a well told story of science verses the Bible. The characters are well done and keep you interested in the story. Alas the ending left me a little flat and kind of depressed. The author could have put a little more work into wrapping it up.

It is worth the listen and makes the miles go by quickly.

I have learnt so much and this really made me think about the soul, it's a shame emme and Ryan didn't make a go of it