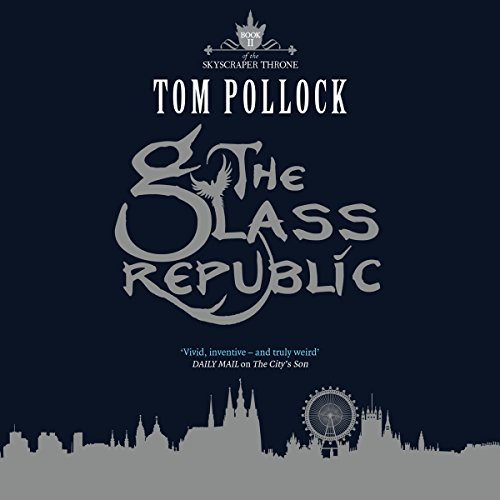 The Glass Republic is the gripping sequel to The City's Son, and the second book of The Skyscraper Throne trilogy.

Pen's life is about secrets: the secret of the city's spirits, deities and monsters, living just beyond the notice of modern Londoners; the secret of Pen's intricate scars that disfigure her so cruelly; and the most closely guarded secret of all: Parva, her mirror-sister, forged from her reflections in a school bathroom mirror.

Pen's reflected twin is the only girl who really understands her. Then Parva is abducted and Pen makes a terrible bargain to track her down. In London-Under-Glass, looks are currency, and Pen's scars make her a rare and valuable commodity. But some in the reflected city will do anything to keep Pen from the secret of what happened to the sister who shared her face.