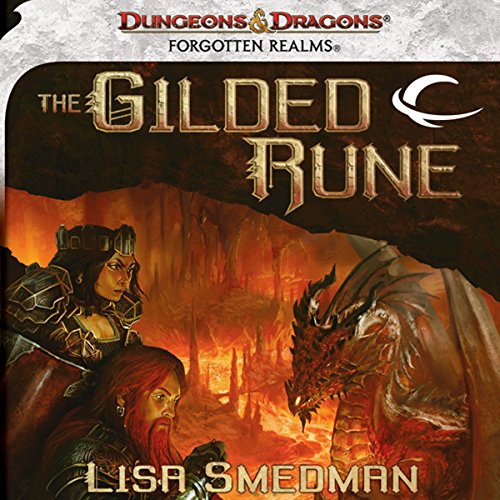 A plague has ravaged the population of gold dwarves of the Great Rift. It starts slowly, but the progression is devastating. One dwarf has eyes that have become hard and glassy like marbles; a second dwarf has skin that flakes off in sharp, hardened scales; the skeleton of a third is petrified and fused in place; a fourth wastes away with blood that has turned dark and muddy.

Clerical magic doesn't help. Neither do herbal remedies, nor spells meant to break curses. And in all cases, death is always the same - the heart blackens, hardens, and eventually stops beating, killing each victim with a heart attack and turning the bodies to stone. It's called the Stoneplague. It's terrifying. And it's spreading.

What listeners say about The Gilded Rune