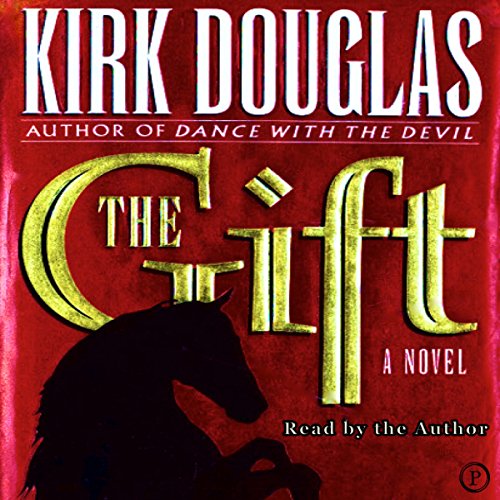 Softhearted, emotionally fragile Patricia Dennison, orphaned heiress to the Stoneham fortune, divides her life between trips to a Swiss sanatorium, where she is ensconced in the suicide ward, and the farm where she pensions off broken-down horses, cultivates a lush rose garden (with ladybugs, not pesticides), and moons after a handsome, seemingly heroic doctor. Enter arrogant Miguel Cardiga, a Portuguese bullfighter whose career is sidelined by a rogue bull's deadly horns.

Son of a famed equestrian, Miguel schools Patricia in dressage and love's thrust and parry. Meantime, Stoneham Group trustees plot to declare Patricia incompetent and engineer a series of accidents designed to drive her over the edge.

What listeners say about The Gift