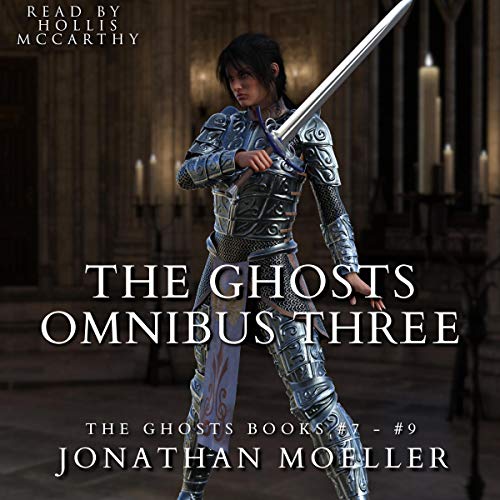 Combined for the first time in one volume, here are audiobooks seven-nine of the internationally best-selling The Ghost series: Ghost in the Ashes, Ghost in the Mask, and Ghost in the Surge.

Caina Amalas is a nightfighter of the Ghosts, the spies and assassins of the Emperor of Nighmar, and through cunning and valor she has cast down both proud lords and mighty sorcerers.

But a power darker than any she has ever faced is awakening.

When a mad assassin armed with a sorcerous blade rampages through the Emperor's capital, Caina must track the weapon to its origin, a ruined city blighted by the folly of sorcerers, a city that holds weapons far more potent than mere blades.

Weapons that can resurrect an ancient empire of dark sorcery to enslave the world anew...

What listeners say about The Ghosts Omnibus Three

This is the end of the Ghost saga. It is a fantastic listen and it goes pretty quick. Provides a fantastic closure to the story of the Morrowiaca, however that is spelled.