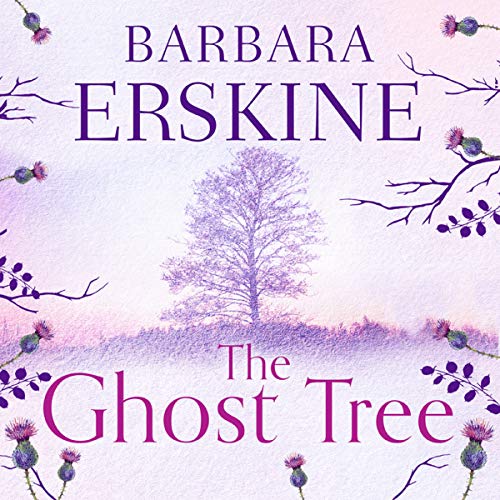 Before you follow the path into your family’s history, beware of the secrets you may find....

The new novel from the Sunday Times best-selling author.

Ruth has returned to Edinburgh after many years of exile, left rootless by the end of her marriage and career and now the death of her father, from whom she had long been estranged. She is faced with the daunting task of clearing his house, believing he had removed all traces of her mother. Yet hidden away in a barely used top-floor room, she finds he had secretly kept a cupboard full of her possessions. Sifting through the ancient papers, Ruth discovers the diary and letters written by her ancestor from the 18th century, Thomas Erskine.

As the youngest son of a noble family now living in genteel poverty, Thomas always knew he would have to make his own way in the world. Unable to follow his brothers to university, instead he joins first the navy and then the army, rising through the ranks, travelling the world. When he is finally able to study law, his extraordinary experiences and abilities propel him to the very top, and he becomes Lord Chancellor. Yet he has made a powerful enemy on his voyages, who will hound him and his family to the death - and beyond.

Ruth becomes ever more aware of Thomas as she is gripped by his story and slowly senses that not only is his presence with her, but so is his enemy’s. Ruth will have to draw upon new friends and old in what becomes a battle for her very survival - and discover an inner power beyond anything she has imagined.

Ok if you can cope with malicious poltergeists

This was a bit much for me... Truly nasty hauntings, rape and murder... Not particularly enjoyable. I wasn't fully engaged with the main character and the plot felt somewhat contrived and humourless. I've listened to other Erskine novels before and enjoyed very much, but this didn't draw me in to the same degree. The main character does truly stupid things, like going for lonely walks and refusing help, when she knows there is a rapist on the loose who is stalking her. Her friends also leave for work reasons, leaving her alone in isolated locations although they too know she is being stalked. I know it's intended to create tension but it stopped being believable for me. I think it's wonderful the author created a story around her family history but it just felt like it was trying too hard to be a thriller, without enough character development for the main present day character and with no final confrontation, either in the past or the present day, to properly resolve the build up. Not my cup of tea. English and Scottish History buffs may enjoy.

What a journey! love love love it! Had me hooked in the first few minutes and didn't want to stop listening. very engrossing storytelling thank you Barbara Erskine

Barbara Erskine has always was been one of my favourite authors but this book missed the mark for me. I struggled to keep listening but, for the sake of past books I persisted. Sadly I could not continue knowing that there was another 14 hours to go. It was too long winded and repetitive for me.

It is addictive, so hard to put down. I was sad to have it end but pleased with the prolog which has Intrigue me to do some Google search. I totally love this book it was awesome. Yet another fantastic book from Barbara this is why she is my favorite author.

Lovely story to listen to. I binge listened. Sometimes the story line was a little rambling, but overall enjoyable.

This was such a great book, interesting and enjoyable to listen to. It’s up there with the other great Barbara Erskine books.

Loved it! the character/author keeps dropping Dr Who references in asking how to get rid of a ghost that is stalking her. I’ve always enjoyed Barbara Erskine novels; now I love her just that little bit more

This is quite different to Erskine's normal normal but still gripping and exciting. I felt a little let down by the ending, there was so much more I wanted to know, I won't spoil it by describing what I would have liked to know however, but still a really good story that I found myself listening to at every opportunity for hours at a time when I lost track of real life! The narrator was really good and the story had so many twists and turns. Fans won't be disappointed

I love fiction and history mixed. You almost live back in time with the story and description.
It is a long listen but absolutely worth every minute. How wonderful to be able to publish a book based on ones family history!

Really struggled to finish this, not up to her usual spine chilling standard ,very disappointed .

This is the first book I’ve read/listened to of Barbara Erskins and I thoroughly enjoyed it. The storyline was excellent and kept you wanting more and the narration was spot on. I would definitely recommend this book to a friend. It must have been good I’ve just downloaded 2 more.

I'm a huge fan of Barbara Erskine's books and this is one of the best. Following closely the life of Thomas Erskine, the author's great great several times grandfather.

I've enjoyed reading Barbara Erskine books in the past, but I really struggled with this one. I found it quite heavy going, and far too long. I'm sorry to say, I became bored with it and was itching for it to end.

In my opinion this is the second exceptional book I've listened to by this versatile author her weaving of the story is remarkable bringing all the characters to life. The narature brought such realism to the story with a wonderful variety of accents

A brilliant and gripping ghost story, which is full of both physical and supernatural tension.

A story that could have been such a great novel was disappointing
Ruth the main character had a lack of mojo, the police was utterly frustrating, and the narrator, between the false teeth moving and the saliva excess, took me ages to complete the book.