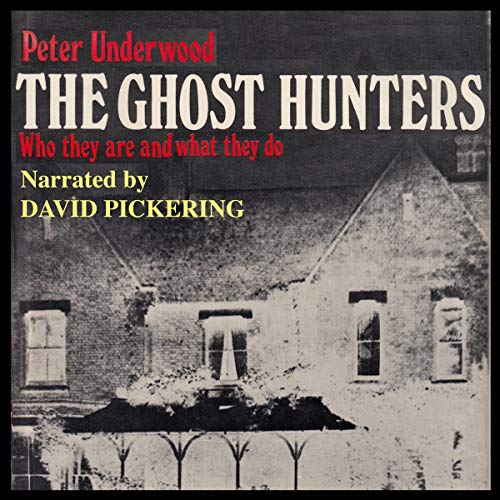 A leading psychical researcher takes an in-depth look at ghost hunters, both past and present.

Who are these intrepid explorers of the unknown? How do they probe and examine the realms of the seemingly inexplicable? What are their conclusions? In fascinating detail, Peter Underwood profiles the lives and adventures of some of the most famous names in psychical investigation.

There is Harry Price - his examination of Borley Rectory, considered as "the most haunted house in England" extended over a period of 20 years. Elliot O'Donnell's inherited faculty of psychic awareness enabled him to encounter scores of ghosts throughout his prodigious career. James Wentworth Day witnessed a group of phantom cavalrymen in broad daylight - the sight so impressed him that he spent the rest of his life in search of similar ghostly visions in many of the most haunted houses in Britain, including Glamis Castle. Thurston Hopkins, the old man of Sussex, met ghosts on and off all his life and firmly believed that one of them once saved him from premature death. For many years Dennis Wheatley pursued his interest in ghost hunting, following his psychic experience as a boy. Tom Lethbridge made an important contribution to ghost studies with his natural explanations and theory of psychic fields.

Of today's eminent ghost hunters there is Hans Holzer who, together with psychic photographer and medium John Meyers, has made a particular study of "psychic photography" with some surprising and exciting results. Tom Perrot, chairman of the Ghost Club, has been associated with a wealth of curious cases, and John Cutten is the innovator of an elaborate and ingenious ghost trap. Professer Hans Bender of Freiburg University and the redoubtable Mrs K. M. Goldney, MBE, whose remarkable experiences and revelations span half a century, are also included.

With authority and enthusiasm, Peter Underwood discusses the varying techniques and approaches to ghost hunting, uncovers some notorious fakes, and reveals many remarkable mysteries for which no material explanations can be found.

What listeners say about The Ghost Hunters