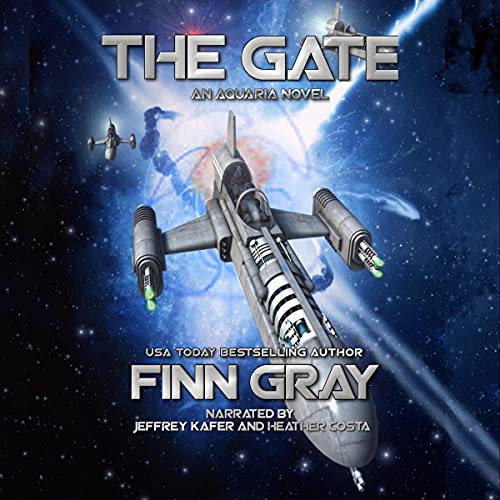 A lost ship. A dying planet. One path to salvation.

Rory Waring has lost everything. All that is left is the fight, and he is going to take it to the Memnons. But on his way, he must brave the dangers of a lost city and face monsters out of myth as the world falls apart around him.

Jude Vatcher is desperate to conceal his Memnon connections and make his way safely to his son’s ship. But the battlecruiser Kestrel has mysteriously gone off-course, taking Jude and the Camp Maddux marines with her. With suspicion threatening to tear the ship apart, can the brilliant scientist find the way home before he is exposed?

Struggling to hold the civilian fleet together, Lina Navarre fights to form a new government, but her twin sister, Valeria, has plans of her own. When an attempt is made on Lina's life, she turns to Dominic Graves and Serena "Sabre" Sabrakami for help. But they soon realize the key to Aquaria’s future survival might lie in her hidden past.

Deep in the Scarn Nebula, pilot Teddy Zartler and his crew stumble across an abandoned research facility on a giant asteroid. Inside they find skeletal remains that appear human, but their language is alien, their tech confounding. Who are these aliens, what secret does this facility hide, and can they get out alive?

What listeners say about The Gate