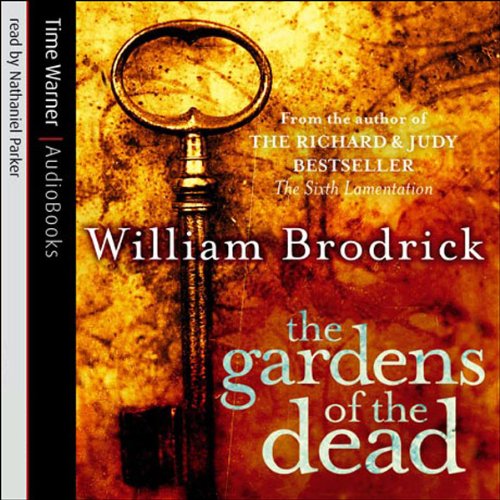 The Gardens of the Dead: Father Anselm Series, Book 2

The Gardens of the Dead: Father Anselm Series, Book 2

In his first novel, The Sixth Lamentation, William Brodrick introduced Father Anslem, the barrister turned monk who found himself plunged into the tangled history of occupied Paris. Now, in The Gardens of the Dead, Father Anslem is brought back to his own past at the Bar, and someone else's secrets. Elizabeth Glendinning QC has lost faith in the legal system to which she has given her life. In an attempt to restore it, she has secretly devised a scheme to bring a guilty man back to court, Graham Riley, whom she had successfully defended some ten years previously. As part of an elaborate contingency plan, Elizabeth leaves the unsuspecting Anslem with a key to a safety deposit box, to be opened in the event of her death. Three weeks later she is found dead in the East End of London. Once the box has been opened, a chain of events is triggered as if from beyond the grave, and Anslem is led to fulfill what Elizabeth has begun.
©2006 William Brodrick (P)2006 Time Warner AudioBooks

"A twisty mystery. What's not unclear, however, is Brodrick's ability to weave exciting shadowy drama with deep characterisation." ( GQ)

Patience and skill are needed as gradually Brother Anselm is fed bits of information by instructions from beyond the grave that lead to his building a picture of the life and the reasons behind the death of Elizabeth, a barrister he worked with in his former profession.

A complex story well told not only of Anselm but of Blind George in particular. The second book of the series, it maintains the high standard set by the first.