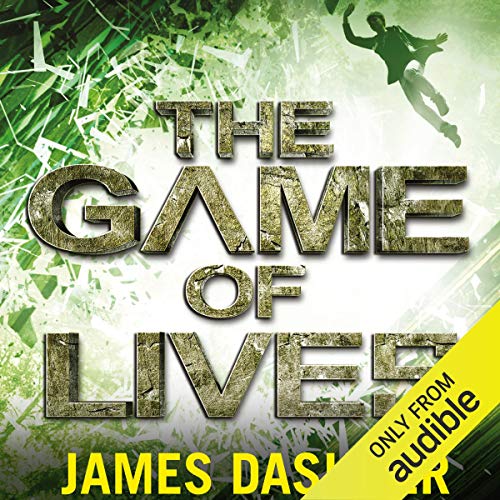 The Game of Lives

From James Dashner, author of the number-one New York Times best-selling Maze Runner series, comes The Game of Lives, the final audiobook in the Mortality Doctrine series, an edge-of-your-seat cyber-adventure trilogy that includes The Eye of Minds and The Rule of Thoughts.

Michael used to live to game, but the games he was playing have become all too real. Only weeks ago, sinking into the Sleep was fun.

The VirtNet combined the most cutting-edge technology, and the most sophisticated gaming for a full mind-body experience. And it was Michael's passion. But now every time Michael sinks, he risks his life.

The games are over. The VirtNet has become a world of deadly consequences, and Kaine grows stronger by the day. The Mortality Doctrine - Kaine's master plan - has nearly been realized, and little by little the line separating the virtual from the real is blurring.

If Kaine succeeds, it will mean worldwide cyber domination. And it looks like Michael and his friends are the only ones who can put the monster back in the box - if Michael can figure out who his friends really are.

"An exhilarating adventure story with touches of Anthony Horowitz's Alex Rider books and Orson Scott Card's Ender's Game." (Booklist)
"An adrenaline rush." (School Library Journal)
"A gripping page-turner, Dashner's latest is sure to please." (BookPage)
"Full of action [and] a rather surprising twist that will leave you flipping pages." (FanBoyNation.com)
"High on concept, this is an intriguing read for the digital generation." (Kirkus Reviews)

What listeners say about The Game of Lives

After being wowed by Dashner's Maze Runner series, I was easily convinced to begin Eye of Minds. Before I began, I doubted whether I would be as captivated and entertained, but I'm here to let you know I most certainly was. Dashner has such an outstanding ability to create a world in your imagination. I felt like I was there, at every one of the many locations visited in each novel. I loved the emotional depth and growth of each character, and also the ingenious way Dashner convinces you of one thing, and then has you a little unsure, and then convinced again. He certainly has a knack for keeping his readers wanting more. If you love sci-fi and books like The Partials and Ready Player One, then this series is for you. Enjoy! (And thank you, Mr Dasher!)

Great ending to the trilogy

my two boys loved this book, aged 11 and 13 it kept them interested and made for interesting car journeys
some surprising twists and turns that kept them listening involving the lead characters