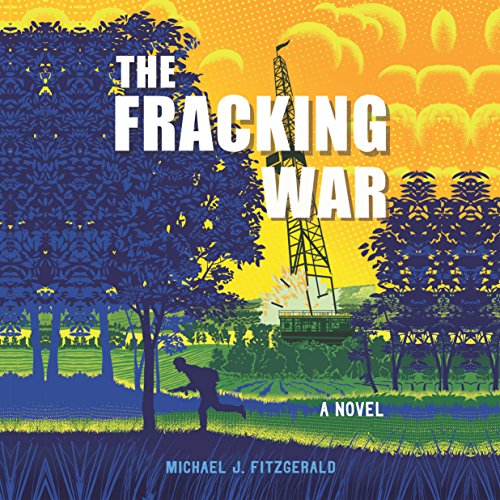 Veteran investigative reporter Jack Stafford leaves California to take a job with a newspaper in Upstate New York, where he discovers a citizen rebellion modeling itself after Edward Abbey's The Monkey Wrench Gang.

In The Fracking War, activists use sabotage to defend against what they perceive as industrial terrorism, perpetrated by multinational corporations' environmentally damaging practice of hydrofracking for natural gas and oil. Set in the pristine Finger Lakes wine country of New York and neighboring Pennsylvania, Stafford and the newspaper staff witness the tragic impacts of hydrofracking - the health risks, water and air pollution, and a rapid increase in crime.

The fictional events of this book were pulled from newspaper headlines offering a glimpse into an escalating conflict between citizens who want to protect their communities and the out-of-control expansion of the natural gas industry's controversial method of extracting natural gas.

What listeners say about The Fracking War

I was so keen to hear this book but the author was not the best choice to read it. His narration was disjointed, patchy, hesitant and had no " flow". Indeed, if I hadn't been aware that he was the author I would have thought he'd found some barely literate person to read it. Harsh criticism yes, but having listened to skilled and articulate narrators throughout my association with Audible, I am doubly disappointed and have returned it,sadly.