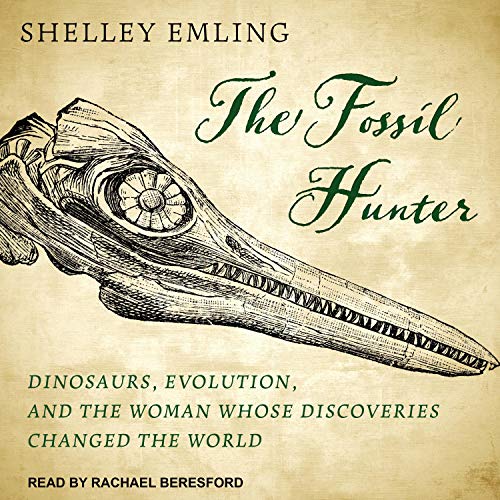 Mary Anning was only 12 years old when, in 1811, she discovered the first dinosaur skeleton - of an ichthyosaur - while fossil hunting on the cliffs of Lyme Regis, England. Until Mary's incredible discovery, it was widely believed that animals did not become extinct. The child of a poor family, Mary became a fossil hunter, inspiring the tongue-twister "she sells seashells by the seashore". She attracted the attention of fossil collectors and eventually the scientific world. Once news of the fossils reached the halls of academia, it became impossible to ignore the truth. Mary's peculiar finds helped lay the groundwork for Charles Darwin's theory of evolution, laid out in his On the Origin of Species. Darwin drew on Mary's fossilized creatures as irrefutable evidence that life in the past was nothing like life in the present.

A story worthy of Dickens, The Fossil Hunter chronicles the life of this young girl, who became a world-renowned paleontologist. Dickens himself said of Mary, "The carpenter's daughter has won a name for herself, and deserved to win it."

Here at last, Shelley Emling returns Mary Anning - who, Stephen J. Gould remarked, is "probably the most important unsung (or inadequately sung) collecting force in the history of paleontology" - to her deserved place in history.

What listeners say about The Fossil Hunter

I’ve been waiting for this book to be available in audio format! I loved how Rachael Beresford read the book.
The story itself was well researched and included lots of historical details that helped set the context for the time period and fit Anning’s discoveries in the timeline of geological discovery. This was important for a novice like me to understand the gravity of her finds.
Overall the story was a bit depressing because Mary seemed to be a joke within her community and was kept out of the male-only academic setting. She died alone and in pain; such a tragic life. I hope some historical fiction is written about her life because it’s incredibly extraordinary and more need to learn about her.

Very interesting look at Mary's life.
Odd obsession with her looks / manner, even in a historical context.