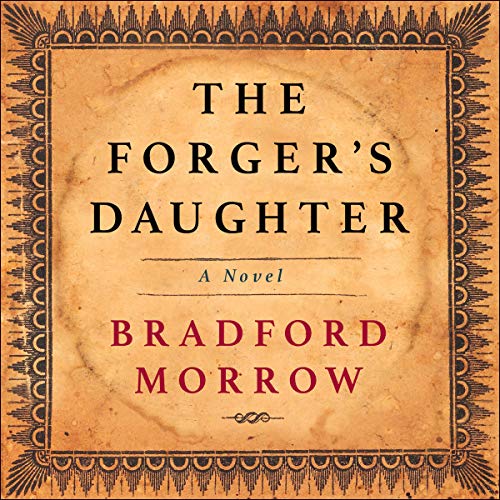 When a scream shatters the summer night outside their country house in the Hudson Valley, reformed literary forger Will and his wife Meghan find their daughter Maisie shaken and bloodied, holding a parcel her attacker demanded she present to her father. Inside is a literary rarity the likes of which few have ever handled, and a letter laying out impossible demands regarding its future.

After 20 years of living life on the straight and narrow, Will finds himself drawn back to forgery, ensnared in a plot to counterfeit the rarest book in American literature: Edgar Allan Poe's first, Tamerlane, of which only a dozen copies are known to have survived. Until now. Facing threats to his life and family, coerced by his former nemesis and fellow forger Henry Slader, Will must rely on the artistic skills of his older daughter Nicole to help create a flawless forgery of this stolen Tamerlane, the Holy Grail of American letters.

Part mystery, part case study of the shadowy side of the book trade, and part homage to the writer who invented the detective tale, The Forger's Daughter portrays the world of literary forgery as diabolically clever, genuinely dangerous, and inescapable, it would seem, to those who have ever embraced it.

What listeners say about The Forger's Daughter