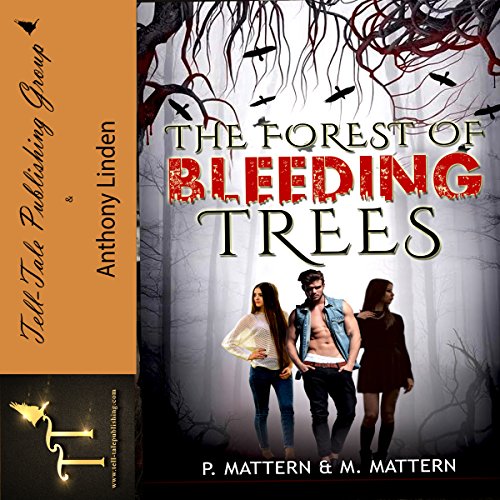 The Forest of Bleeding Trees

The Forest of Bleeding Trees

The Forest of Bleeding Trees is a horrific delight, a fast-paced ride that will leave you breathless and exhilarated until you reach the unexpected but satisfying end.

First you have the straight-shooting but heroic Johnny Treadwell, a handsome young man with backwoods charm and unwavering devotion to his family. He’s also the guardian of a thousand sorrows.

Enter the mysterious gothic Lili Macluster, a darkly beautiful daughter of the richest, though most preternatural, family in town - and keeper of a thousand secrets.

In stark contrast is Katrina McCoy, the beautiful blond princess of the town’s most prominent businessman - and survivor of a thousand waking nightmares.

Together they will fight for their lives in a supernatural turf war that takes place in the superstition and ghost-riddled mountains and bogs of West Virginia.

What listeners say about The Forest of Bleeding Trees

filled with supernatural mystery and romance...

The Forest of Bleeding Trees by P. Mattern is filled to the brim with supernatural mystery and a splash of romance thrown in! Johnny Treadwell is your average teenager just trying to finish high school and take care of his family as the man of the house after his father passes away. When the MacLuster's move back to town, Lily asks Johnny to help restore the home to its former glory. Of course Johnny says yes, desperately wanting to help his mother financially. There are so many twists in this novel, I almost got whiplash! Every time I thought I knew what was going to happen, Mattern threw in a curveball. I got so caught up in this story, it was hard to put down my device even to sleep… but I can sleep when I'm dead. If you enjoy ghouls, werewolves, angels, demons, and so many other creatures, then you have to read this book! I'm giving this book 5/5 stars!