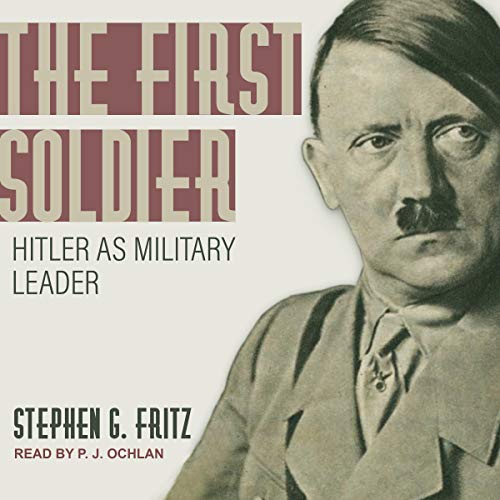 A leading expert reexamines history to offer a stunningly original portrait of Hitler as a competent military commander and strategist.

After Germany's humiliating World War II defeat, numerous German generals published memoirs claiming that their country's brilliant military leadership had been undermined by the Führer's erratic decision making. The author of three highly acclaimed books on the era, Stephen Fritz upends this characterization of Hitler as an ill-informed fantasist and demonstrates the ways in which his strategy was coherent and even competent.

That Hitler saw World War II as the only way to retrieve Germany's fortunes and build an expansionist Thousand-Year Reich is uncontroversial. But while his generals did sometimes object to Hitler's tactics and operational direction, they often made the same errors in judgment and were in agreement regarding larger strategic and political goals. A necessary volume for understanding the influence of World War I on Hitler's thinking, this work is also an eye-opening reappraisal of major events like the invasion of Russia and the battle for Normandy.

"Perhaps the best account we have to date of Hitler's military leadership. It shows a scrupulous and imaginative historian at work and will cement Fritz's reputation as one of the leading historians of the military conflicts generated by Hitler's Germany." (Richard Overy, author of The Bombing War)

What listeners say about The First Soldier

Disordered but some interesting sequences

This comprehensive account suffers from a somewhat discontinuous approach. The many OKW and OKH staffers and officers with whom Hitler was in conflict and the number and duration of multiple events are not dealt with through a concise and compelling chronology. The central theme of Lebensraum is well documented however, and the baleful grip of The First Word War on Hitler's thinking is enunciated very well. Moreover, some dreadful myths about Hitler - especially his much vaunted "madness" - are dispatched effectively. Finally, the narrator's voice - a bit whiny and very American - is a disaster for this kind of project.