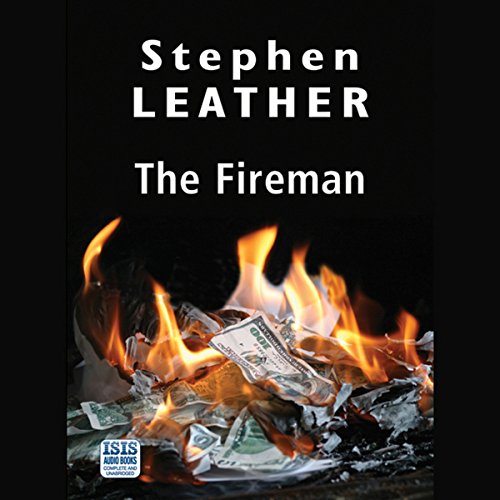 Young, talented, in love with life - why should Sally have thrown herself 15 floors to her death? But as suicide is the verdict of the uncompromising Hong Kong authorities, Sally’s brother, a London-based crime reporter, begins his own investigations. As he delves into the details of Sally’s unaccountably opulent lifestyle and her mysterious work as a journalist, he is forced to recognise a very different girl from the fun-loving kid sister he remembers.

He uncovers a trail that leads him through the decadent haunts of Hong Kong ex-pat society, the ruthless wheeler-dealing of international big-business and the violent Chinese mafia underworld – to an ultimate, shocking act of revenge.

What listeners say about The Fireman

Brilliant as usual !
Paul Thornley brings the story to life , and the story keeps your attention right to the last full stop.

As an avid Stephen Leather listener I really enjoyed the book and Paul Thornley's narration keeps it all real.

Love the narrator, he always gets me involved with the
characters. Plenty of twists and turns to make it interesting.

Enjoyed it overall but it was a slow starter and I nearly gave up. Great narration and interesting plot when it finally arrived

Leather at his best. Paul thornley is the only narrater I can imagine for Stephen Leather. wonderful stuff

stephen leather at his best

Where does The Fireman rank among all the audiobooks you’ve listened to so far?

I have fully enjoyed this story. including the detective influence.

the pain in losing his sister