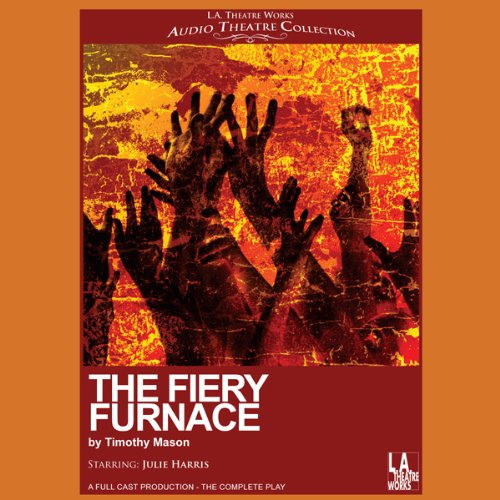 Playwright Timothy Mason’s The Fiery Furnace is a tense, yet oft-times funny drama set in the American Middle West. In 1950, Faith is about to depart for the University of Chicago, and her 56-year-old mother, Eunice, threatens to accompany her, dampening the thrill of escape. Meanwhile, Faith’s sister Charity is married to an unfaithful alcoholic, William. The narrative covers 13 years, culminating on New Year’s Eve 1963. Actors L. D. Barrett, Shannon Cochran, William Fichtner, Julie Harris, and Sally Murphey give electric performances in this live recording of a theater production.

Around a family dining table deep in the Heartland, where Senator Joe McCarthy once sat and discussed his fondness for beets, nothing is as it seems. Gunnar, the family patriarch, is an upstanding farmer - or is he? Why is his favorite daughter so anxious to flee to Chicago? And why does her mother want to go too? Daughter Charity, a devoted wife and mother, is clearly frightened of something. Her husband, Jerry, hates anything un-American, but refuses to serve in Korea. As the mysteries multiply, author Timothy Mason solves them with wit and unrelenting suspense.

What listeners say about The Fiery Furnace