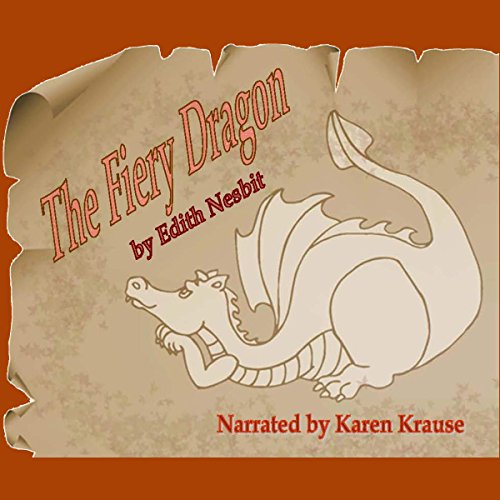 Poor Sabrinetta, granddaughter to brave St. George the dragonslayer, has been banished to her dragon-proof tower while her evil cousin rules her kingdom. But when the dragon wakes and eats all of Prince Tiresome's hippopotamuses, he runs to the safety of her tower, throwing her out to fend off the dragon by herself. Can she and Elfin the pigkeeper save her people before the dragon has his way with them?

Edith (E.) Nesbit was a master at weaving imagination and real life into timeless fairy tales, with fantastic mythical creatures, princes and princesses, magic, and just the right touch of silliness. The Fiery Dragon is the seventh in a series of fairy tales with a common theme: Dragons!

What listeners say about The Fiery Dragon

Where does The Fiery Dragon rank among all the audiobooks you’ve listened to so far?

I liked everything about the Fiery Dragon. The plot, the cadence, and the voices were all great!

What was one of the most memorable moments of The Fiery Dragon?

I liked the part where the dragon discovered it's love for milk and bread.

What does Karen Krause bring to the story that you wouldn’t experience if you just read the book?

Her voice brought this story to life!

The voice of the dragon cracked me up.

This is the second time I've reviewed this audiobook. The first review disappeared.