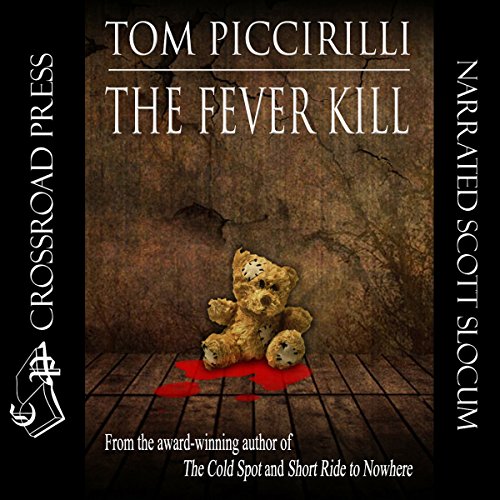 Crease is going back to his quaint, quiet hometown of Hangtree. It's where his father, the sheriff, met ruin in the face of a scandal involving the death of a kidnapped little girl and her missing ransom. It's where Crease was beaten, jailed, and kicked clear of the town line 10 years earlier.

Now Crease is back. He's been undercover for so long that most days he feels more like a mobster than a cop. He doesn't mind much: the corrupt life is easier to stomach than a wife who can't understand him, a son who hates him, and a half-dozen adopted kids he can't even name anymore. He's also just gotten his drug-dealing, knife-wielding psycho boss Tucco's mistress pregnant.

A fine time to decide to settle old scores and resolve a decade-old mystery....

With Tucco hot on his tail, Crease has to find his answers fast. Who kidnapped little Mary? Who really killed her? Was his own father guilty? And what happened to the paltry 15-grand ransom that seems to spell salvation to half the population of Hangtree?

The town still has a taste for his blood and secrets it wants to keep. Crease has a single hope: a raw and raging fever driving him toward the truth that might just burn him up along the way.

"It's the rare crime novel that pulsates with the nightmare intensity of The Fever Kill. Piccirilli pulls it off masterfully." (Charles Ardai, editor of the Hard Case Crime series)

What listeners say about The Fever Kill