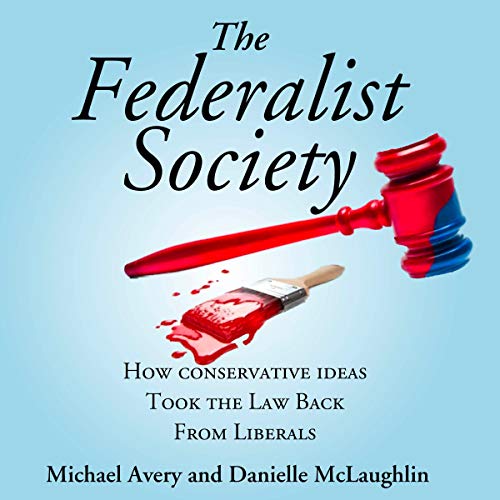 Over the last 30 years, the Federalist Society for Law and Public Policy Studies has grown from a small group of disaffected conservative law students into an organization with extraordinary influence over American law and politics. Although the organization is unknown to the average citizen, this group of intellectuals has managed to monopolize the selection of federal judges, take over the Department of Justice, and control legal policy in the White House.

Four Supreme Court Justices - Antonin Scalia, Clarence Thomas, John Roberts, and Samuel Alito - are current or former members. Every single federal judge appointed in the two Bush presidencies was either a Society member or approved by members. During the Bush years, young Federalist Society lawyers dominated the legal staffs of the Justice Department and other important government agencies.

How did this happen? How did this group of conservatives succeed in moving their theories into the mainstream of legal thought? What is the range of positions of those associated with the Federalist Society in areas of legal and political controversy?

"An important, highly informative book about the role of the Federalist Society in shaping jurisprudence and public policy over the last 30 years." (Choice)

"Anyone who cares about the courts or the law will find The Federalist Society a stark reminder of the power of abstract ideas to effect real and lasting change for decades." (Dahlia Lithwick, Senior Editor, Slate.com)

What listeners say about The Federalist Society

Great for all legal scholars and law students

Though there is a bias, law students and legal scholars would gain tons of case law for numerous topics from this book. It is a rarity in its exploration of the Federalist Society which often goes unaddressed as a political power. Plus, understanding the who, what, where, when, and why of SCOTUS opinions is always fun.

A powerful encapsulation of who’s really in control

While the liberals have been trying to expand civil rights the federalists have been steadily working to undermine all the gains and take us back to where Trump thinks we were great. Lots of lawyer talk, cases etc but coherent and meaningful for one trying to understand the right.