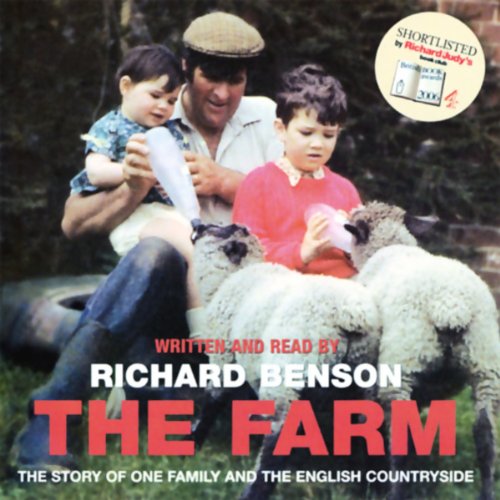 After 200 years of farming in Yorkshire, the Benson family were forced to sell up. They found, like so many other farmers, that big business was wiping out a way of life they had known for generations.

Farming had not come naturally to Richard Benson; he had fled to London long ago. But when he returned to help, he found himself caught up in memories of his childhood in the countryside. Recalling a lost world of pigs digging up the neighbour's lawn, love affairs among haystacks, and men who wrestled bulls to prove a point, he tells of the changing English landscape, of the people affected, and how his family adapt to a new life after being forced to give up their birthright.

What listeners say about The Farm

The demise of the British farmer

I spent the whole of this audio book waiting for it to get to the point or to know to what the book was leading. The opening hints at drama with a surreptitious visit to the old family farm barn which has been converted to housing for town incomers. He never seems to pick up from this opening scene. The book is half memoire and half essay on the impact of changes in modern food production and distribution. There are no strong conclusions which I found frustrating. Richard Benson is clearly ambiguous; about whether farming is much of a way of life worth mourning and whether the changes in the countryside are for good or bad. Although the structure of the book is frustrating there are memorable scenes of farm life and the beauty of yorkshire countryside is descriptively conveyed. It's main strength is the commentary it provides on European agriculture from the inside - a case study on the effects on a community over 30 years of changes at a global level.