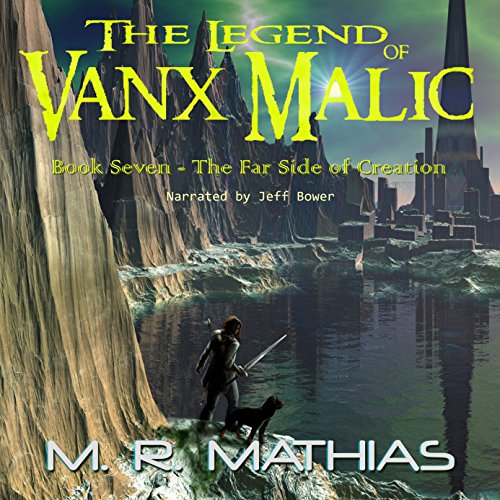 The Far Side of Creation

The Far Side of Creation

After seeing Gallareal killed and banishing the Paragon Dracus from the Heart Tree's side of the world, Vanx from the little Zythian village called Malic and his canine familiar, Sir Poopsalot, find themselves alone on the far side of creation. The rough, seemingly uninhabited, land might prove to be unlivable, even for one as skilled as our half-Zythian hero. But all Vanx wants to do is get he, and his dog, back to Saint Elm's Deep, where he can grieve over the loss of the first woman he'd ever let into his heart. Will Vanx and Poops survive long enough to find a way home? Or will the blue-glowing, dragon torturing, Paragon shapeshifter want revenge? After all, Vanx is on its turf now, and without his friends to help him, he may be in for a whole lot more than he bargained for. Don't miss The Far Side of Creation - book seven of The Legend of Vanx Malic.