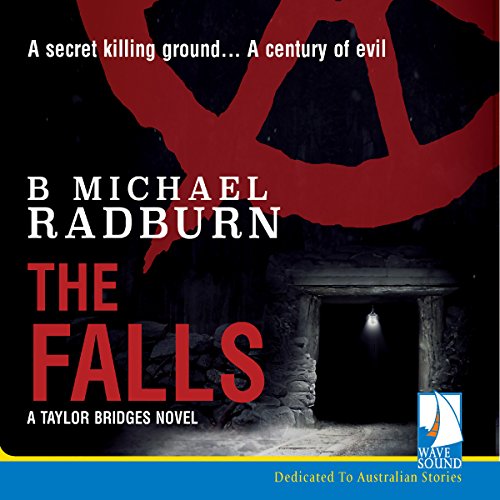 By: B. Michael Radburn
Narrated by: Ric Herbert

Damaged but not broken after his ordeal in the Tasmanian wilderness, park ranger Taylor Bridges believes his ghosts are in the past - until a raging forest fire lays bare the remains of a young woman...and a decades-old killing ground.

After the police enlist Taylor in their investigation, the evidence points to a preacher who reigned over The Falls a century ago. But when a crucial witness and a policewoman disappear, it's clear that the killer is alive and dangerous.

Praise for B. Michael Radburn:
"A riveting tale of deception and desperation...an impressive Australian thriller...one for the dark, cold winter nights ahead." (ABC Radio)