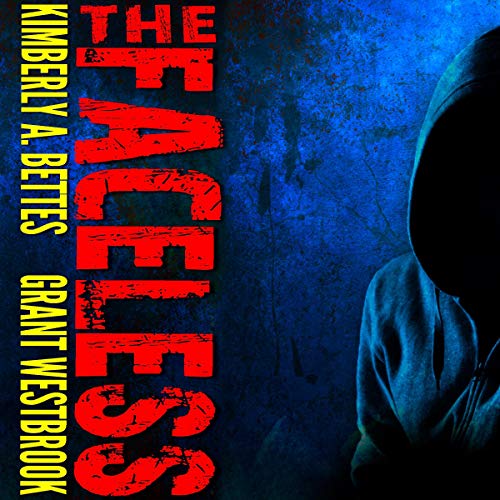 By: Kimberly A. Bettes,Grant Westbrook
Narrated by: Rick Gregory
Free with 30-day trial

When Carrie Rose was six years old, she fought off her mother’s attacker. Now, 20 years later, she’s an internet sensation with millions of adoring fans and an offer to take her cooking show to television. Her culinary talents have brought her everything she’s ever wanted. Money. Success. A loyal fanbase. But it also brought her something she didn’t want.

Carrie’s boyfriend has vowed to keep her safe from the man harassing her online. But it seems that he is hiding something from her and may not be the person she believes him to be.

Blood will be shed.

Allan Grayson is an Atlanta detective who’s been working the same case for far too long. A serial killer known as The Camper has claimed over four dozen victims and shows no signs of slowing down. In fact, he’s growing more brazen by the day. Now, in a race to stop him before he can kill again, Detective Grayson finds himself at Carrie Rose’s house on a dark Georgia night. But will he make it there in time, or will The Camper’s body count rise?

Not everyone will live to see the dawn.

What listeners say about The Faceless

Anyone familiar with Kimberly Bettes knows they're in for some heavy stuff when they buy one of her books. This one is pretty extreme in terms of content. The premise is also timely and relevant, so it's sure to scare you. You'll be thinking twice about what you post online for sure.

It's a great story and well performed. Highly recommended! ...if you dare.

Don’t waste your time on this disgusting book about a sadistic killer. I couldn’t get past the second murders. Awful.