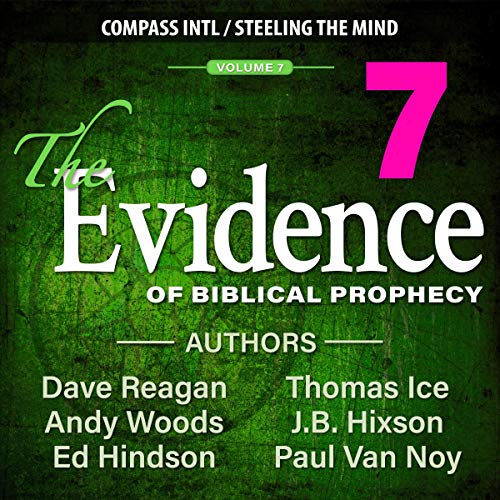 The Evidence of Biblical Prophecy: Volume 7

Chapter one - The Second Coming of Jesus Christ by Dave Reagan

There is nothing like getting all the facts about the second coming!

Chapter two - One Second After the Rapture by Andy Woods

One minute, everything is normal. Then, without warning, an earth-shattering boom that forever changes the world! What will it be like immediately following our exhilarating exit?

The best overview of Jesus on the planet! It's a no-nonsense, stand-up-and-yell overview of who Jesus really is.

Enjoy a great, fun study of the statue in Daniel 2, one of the clearest of all Bible prophecies. Learn the identity of the toes and their implication for those alive today.

Chapter six - After the Millennium by Paul Van Noy

When Satan is finally cast into the lake of fire at the end of the millennium, time stops and eternity begins. What will it be like?

Chapter seven - Judgment in the Valley of Jehoshaphat by Dave Reagan

Some 80 percent of Christians believe that the Church is now the recipient of God's original promises to Israel. But is that in Scripture? Dave succinctly dismantles this absurd doctrine, while showing the awful ramifications of its tentacles.

What listeners say about The Evidence of Biblical Prophecy: Volume 7