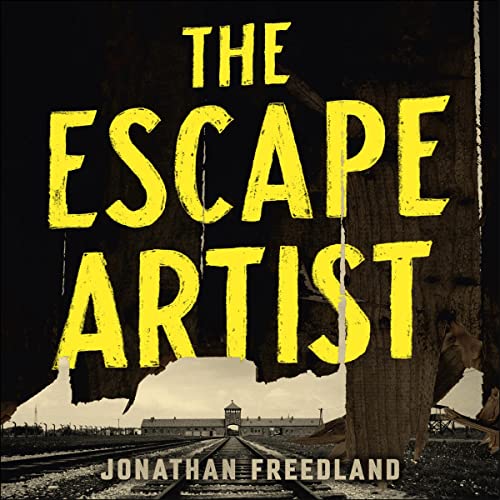 The astonishing, forgotten story of the hero who escaped from Auschwitz to reveal the truth of the Holocaust.

In April 1944 a teenager named Rudolf Vrba was planning a daring and unprecedented escape from Auschwitz. After hiding in a pile of timber planks for three days while 3,000 SS men and their bloodhounds searched for him, Vrba and his fellow escapee Fred Wetzler would eventually cross Nazi-occupied Poland on foot, as penniless fugitives. Their mission: to tell the world the truth of the Final Solution.

Vrba would produce from memory a breathtaking report of more than thirty pages revealing the true nature and scale of Auschwitz - a report that would find its way to Roosevelt, Churchill and the Pope, eventually saving over 200,000 Jewish lives.

A thrilling history with enormous historical implications, The Escape Artist is the extraordinary story of a complex man who would seek escape again and again: first from Auschwitz, then from his past, even from his own name. In telling his story, Jonathan Freedland - the journalist, broadcaster and acclaimed, multi-million copy selling author of the Sam Bourne novels - ensures that Rudolf Vrba's heroic mission will also escape oblivion.

What listeners say about The Escape Artist