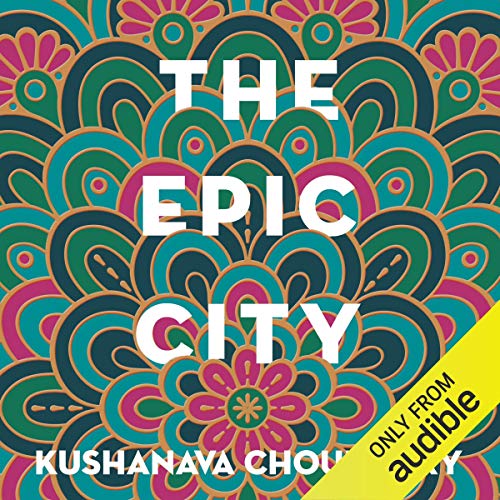 A masterful and entirely fresh portrait of great hopes and dashed dreams in a mythical city from a major new literary voice.

Everything that could possibly be wrong with a city was wrong with Calcutta.

When Kushanava Choudhury arrived in New Jersey at the age of 12, he had already migrated halfway around the world four times. After graduating from Princeton, he moved back to the world which his immigrant parents had abandoned, to a city built between a river and a swamp, where the moisture-drenched air swarms with mosquitos after sundown.

Once the capital of the British Raj, and then India's industrial and cultural hub, by 2001 Calcutta was clearly past its prime. Why, his relatives beseeched him, had he returned? Surely, he could have moved to Delhi, Bombay or Bangalore, where a new Golden Age of consumption was being born. Yet 15 million people still lived in Calcutta.

Sifting through the chaos for the stories that never make the papers, Kushanava Choudhury paints a soulful, compelling portrait of the everyday lives that make Calcutta. Written with humanity, wit and insight, The Epic City is an unforgettable portrait of an era, and a city which is a world unto itself.

What listeners say about The Epic City

In Calcutta after 40 years

I have lived in Calcutta in the seventies. Went back after 40 years for the city called me. This book made me understend what has happened in between. Original, emotional, historical, lovely description of its inhabitants and so very true.

Calcutta: heaving with humanity and history

This a wonderful listen. Choudhury had emigrated from Calcutta (stress on the first syllable only!) the once capital of the British Raj to New Jersey with his family when he was 12. Now, having graduated from Princetown he is working for the leading English language newspaper The Statesman, having moved back to India – not to the commercial miracle of Bangalore or Mumbai - but to the ‘city of possibilities and curiosities’, the city of his childhood, Calcutta.

The writing teems with as much energy, noise and vigour as the people whose lives are lived mainly on the streets – hawkers, beggars, musicians, food sellers, young children who scavenge the rubbish for old batteries or serve tea. It’s a city of inadequate sewage systems and filth even now – the pervading stink and presence of piss, even in office corridors; dog faeces swirling in the monsoon - and of derelict, once thriving factories. Totally clear-sighted, Choudhury analyses his childhood with his mother feeding him fish curry at exam time and compares the educational system with USA. In Calcutta it was and still is, he says, ‘commit to memory and vomit’ and now there are 1000s of study aids written by ‘professors’ which provide all the answers for students to memorise and vomit out in exams.

But all this – and there is so much more - is fired by Choudhury’s passion and intelligent enquiring about everything – his coverage of the terrible Bengal famine and the fearful suffering of so many at Partition is particularly dreadful, his insight and lack of histrionics making it the more powerful. The whole book is crammed with people as are the streets – individuals doing what they possibly can to exploit any tiny opportunity in an effort (not always successful by any means) to make enough money to scrape by. Only in Calcutta would a man make some kind of living as an ‘Eye-er’ - from putting the eyes on little plaster deities.

The whole download benefits enormously from the narration which gives authentic Indian intonation and timbre to the Indian English of all these people making them absolutely alive and real.

Was hoping for colour and character

Instead it is an average life involving his family, colleagues, fiancee some estate agents and a hunt for a house. It could have been London. I got bored with the hunt for the perfect flat overlooking the park and gave up.

this book is not so much about Calcutta but rather about the author' s search for his own roots. too much about his own family and not enough original research. the book gives you a good general feel for Calcutta and is interesting in this sense. for for me though there were too many omissions and the history was far too simplified. the author is an American who was born in Calcutta but emigrated to the US. if you want more on the British raj and other trading ports on the Hoogli River this is not the book for you. I would have like to have seen a least a mention of Sister Nivedita in the context of Vivekanada. barrackapore and chandigarh were omissions that would have given Calcutta wider context. the author could have got on a boat and voyaged up the Hoogli or into the sundarbans. all in all a bit lazy but worth a quick read if you are interested in Calcutta.

A kaleidoscope of sounds memories and people

This isn’t a fast moving book and the story is loosely related. But it’s a bit like a curry. Keep eating and you will enjoy the wonderful descriptions of Calcutta and its teeming humanity.