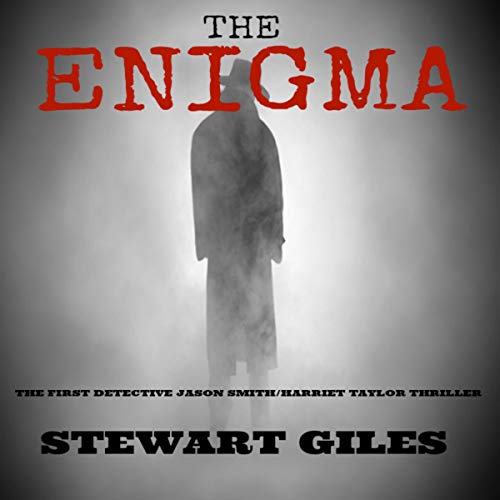 From number-one best-selling author Stewart Giles comes a new detective series featuring the detectives from both the series we know and love.

In Trotterdown, Cornwall, a boat, The Enigma, washes in to the harbour. The skipper is dead, and Harriet Taylor is brought in to investigate. But one dead body is not the only crime the team have to deal with.

Meanwhile, further up the coast in Whitby, a boat washes up on the rocks just outside the harbour. Everyone on board is dead. Whitby Police are out of their depth, so DS Jason Smith is called in to help.

It soon becomes clear the cases are connected and the teams from York and Trotterdown settle down to work with each other.

This is a unique story with a twist, turns, and shocks all the way through making it an adrenaline-pumping listen you will not be able to pause.

DC Harriet Taylor had only been married for two years when her philandering husband was killed in a car crash. It is common knowledge around the station that the woman who died next to him was his latest lover. Harriet transferred to Trotterdown to escape the gossip and sympathetic looks. She is now finding her way around Cornwall and getting to know the other members of the team.

DS Jason Smith is an Australian who was sent to York to live with his grandmother when his sister disappeared from a beach. He has suffered many losses in his short life and is now a dedicated detective. He is a bit of a loose cannon - he has his own way of doing things and that doesn’t always mean following orders and procedures.

What listeners say about The Enigma