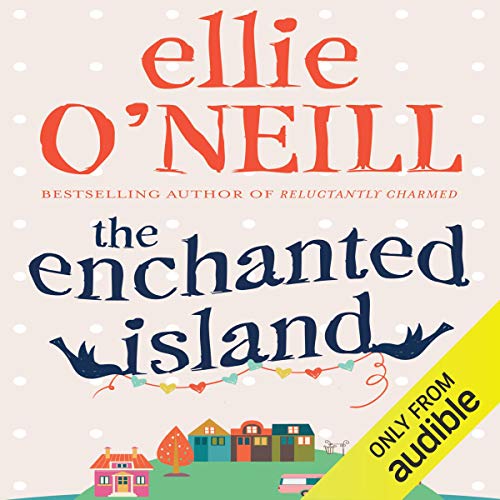 When Maeve O’Brien’s boss sends her to a dreary old island to finalise some paperwork, she couldn’t be happier. It’s the career boost she needs to become a fully fledged lawyer - besides, it hasn’t been so great on the home front in Dublin. Maeve’s oldest friend and flatmate has kicked her out, and moving back in with her uptight mother has been less than cosy. But her reception on Hy Brasil, a remote island off the west coast of Ireland, couldn’t be any more hostile - it’s as if the island itself wants her gone. The locals are all ancient - and spookily well preserved - and they’re all so nasty. And what is that terrible screaming noise that echoes around the island?

But no island is going to scare Maeve off, even if she does miss her credit card and her make-up and bright, shiny nightclubs and the one-night stands. She’s determined to track down Sean Fitzpatrick, the elusive islander whose signature on Maeve’s paperwork is going to transform the island and open it up to the world.

And then, somehow, life begins to change. The island might be miserable and treacherous, but it’s also beautiful and strangely seductive. Maeve’s never felt better. And there’s also Killian, the dreamy teacher who stirs up all kinds of unexpected feelings in Maeve.

But something’s brewing, and Maeve is going to discover just how far people will go to protect the ones they love.

What listeners say about The Enchanted Island

I absolutely loved this book. it was a beautiful story with wonderful characters. A perfect holiday novel or a great read on a cold winters night.

loved the book as an audio, entertaining and kept me enthralled. whilst being light hearted and humorous :)

Where does The Enchanted Island rank among all the audiobooks you’ve listened to so far?

First half of the book is terrible in the sense that the main character is driving you crazy with how stupid & shallow she is but as the story unfolds this does get better. The island she goes to is governed by dark magic which is rather intriguing and introduces you to some interesting characters. Worth a read though the book would have been much better if the main character was different...

What does Kate Rawson bring to the story that you wouldn’t experience if you had only read the book?

Would you listen to The Enchanted Island again? Why?

I would listen again, because I so enjoyed the story and the narration. I had not come across this author before - but will look out for more from her.

What other book might you compare The Enchanted Island to, and why?

There were notes of Marve Binchy and Marian Keyes in the way the story unfolded and the characters developed, but no specific book came to mind while I was listening.

What does Kate Rawson bring to the story that you wouldn’t experience if you had only read the book?

I loved her voice and delivery.

Not sure the Island would permit a film to be made:)

I don't want to give away the story - its a lovely, gentle adventure.

Really interesting and unusual story. Started of not liking the main character much but as she developed I found myself liking her more and more.

Would have liked more detail/ plot threads tied (maybe an epilogue?) but overall loved it.

Hope there will be a sequel!

Beautifully read and a captivating story :)
Not at all predictable which kept me hook right the way through to the end.

Unusual story that keeps you guessing

This starts off as Brigitte Jones meets Shopaholic but don't let that put you off this unusual story as the first few chapters set the scene for a woman who needs a serious intervention. The plot keeps you guessing you will think you might have it worked out- then you find out you're wrong. The story is dark but light at the same time and is a relaxing read despite the mysteries of Hy Brasil. If you have heard of Hi Brasil in terms of Atlantis or UFOs forget it these are not part of the story. There is a mysterious component as I said before. I won't spoil it by saying what it is but suffice to say it is also about self discovery. Enjoyable story with some excellent/ clever descriptions and dialogue. Good narrator in Kate Rawson too.

This book was really worthwhile reading sometimes one would feel you were there among the people! I would like to know if the couple did leave the Island. I would only recommend to my Irish friends because we have a belief in magic and would accept some of it as true!