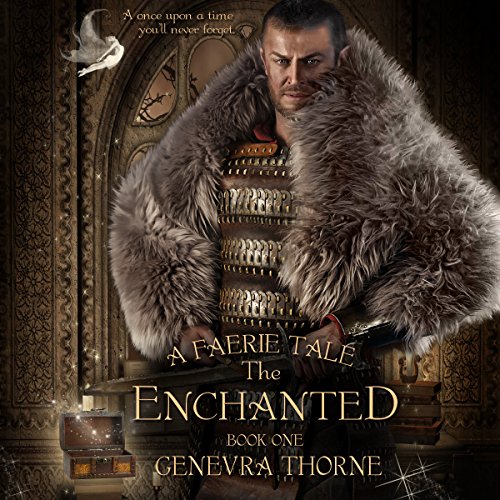 Prince Gabriel of Rhyddon is the reluctant heir to the faerie kingdom of Eilithia. It's said that there is nothing more beautiful than Eilithia and the Tylwyth Teg faeries that live there. Gabriel would disagree. Since being enchanted by the seductive temptress Aneira, a powerful witch who spoke his name four years ago, he has not seen the beauty in anything. Imprisoned by indifference and oblivious to any power but Aneira's corrupting passion, Prince Gabriel's mind may no longer be his own, but he will never give her his heart. That was taken from him long ago, and only glimmers of that joyous pledge keep him sane. Somewhere across the earthly realm of Wales, Taryn of Hamilhawk dreams of a magical forest with music in its trees and a man who holds her heart in his hands. But she's afraid of magic and, looking out her lonely tower window, prays each night to forget him. She has no idea that soon she will be his wife and that she will somehow save both him and herself from a force that threatens their future. She would never imagine that her path to passionate love will be filled with faeries, a talking tree, and a shape-changing king and best it not be revealed until Taryn is free to bring her own magnificence and resilience to bear. All she knows is that he calls out to her in her dreams. Save me, Taryn. And her heart, no matter how she tries to deny it, must answer.

I just could not get into this book. I think it was the narrator..she has a nice enough voice, but doesn't make thus story very interesting :(

While I have heard worse narrators Gillespie isn't the best l. The sentences just don't flow together as she reads. After about an hours you get used to it but meh. The writing style is ok with a few plot twists but is nothing special. Not sure if is the narration that gives this impression or not.