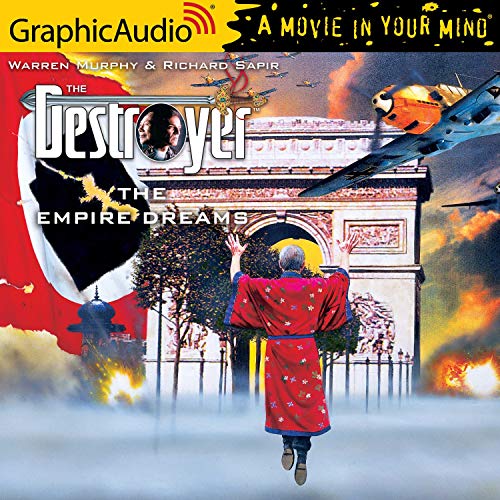 A vacationing Harold Smith finds himself in the middle of a war zone when World War II planes bomb London and Nazi-attired skinheads goose-step through the streets.

To complete the weird déjà vu, the guy responsible is a raging Nazi, part of a secret brotherhood with a high-tech agenda for recapturing the dream of a certain evil visionary.

But this rogue Nazi devised a new blueprint for world domination that sets him on a path of violence in pursuit of the glorious dream.

Just in time. Now Remo has a little something to keep his mind off all the troubles in the world: saving it.

The Fatherland Files: two of three

What listeners say about The Empire Dreams [Dramatized Adaptation]

very entertaining. I hope there are more to come.
This is a good series to drive to.