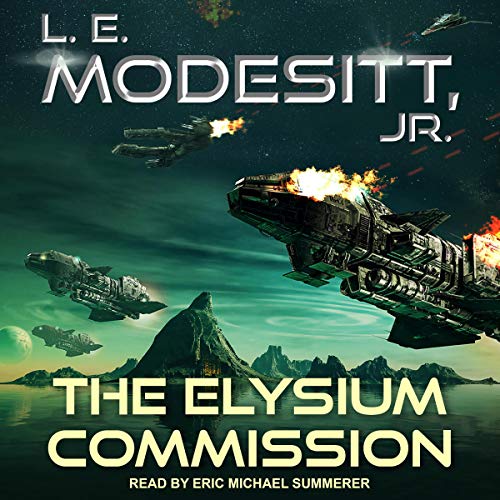 L. E. Modesitt returns to SF with a whole-new future world on the brink of destruction.

A brilliant scientist on the planet Devanta has created a small universe contiguous to ours - and a utopian city on one of the planets. The question becomes, though, an utopia for whom? And why is a shady entertainment mogul subsidizing the scientist? More critical than that, does this new universe require the destruction of a portion - or all - of our universe in order to grow and stabilize?

Blaine Donne is a retired military special-operative now devoted to problem-solving for hire. He investigates a series of seemingly unrelated mysteries that arise with the arrival of a woman with unlimited resources who has neither a present nor a past.

The more he investigates, the more questions arise, including the role of the two heiresses who are more - and less - than they seem, and the more Donne is pushed inexorably toward an explosive solution and a regional interstellar war.

What listeners say about The Elysium Commission