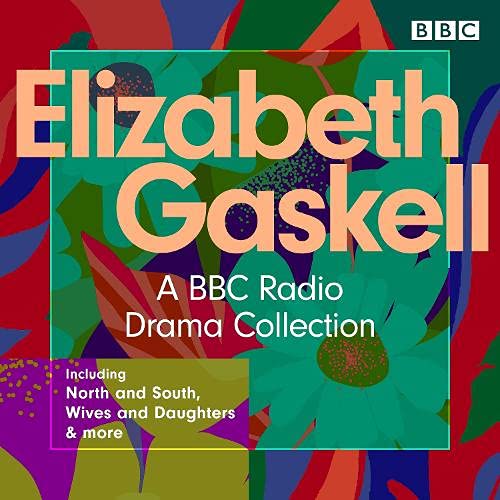 Elizabeth Gaskell was one of Victorian England's pre-eminent female novelists. Admired by Charles Dickens, who described her as his 'dear Scheherazade', she mingled storytelling and social realism to superb effect in her highly acclaimed fiction.

This comprehensive collection comprises dramas and readings of her finest works and some lesser-known pieces. Among the adaptations are her final, unfinished novel Wives and Daughters, her debut novel Mary Barton and her only historical novel, Sylvia's Lovers; as well as the 1851 novella Mr Harrison's Confession (a prequel to Cranford), and her great novel of industrialisation, female independence and identity, North and South. All feature star casts including Emerald O'Hanrahan, Sue Johnston, Jodie Comer, Emily Mortimer, Rod Hudd, David Threlfall and Julian Rhind-Tutt.

Also included are readings of Mrs Gaskell's chilling supernatural tale 'The Old Nurse's Story', her much-loved novel of life in a small town and its female inhabitants, Cranford, her festive short story 'Christmas Storms and Sunshine' and her final novella, Cousin Phillis.

Dramatised by Lavinia Murray. Produced and directed by Claire Grove and Tracey Neale

Adapted for radio by Jeremy Front. Produced and directed by Sally Avens.

Dramatised by Ellen Dryden. Produced and directed by Pauline Harris.

Death at the Bed End

What listeners say about The Elizabeth Gaskell Collection