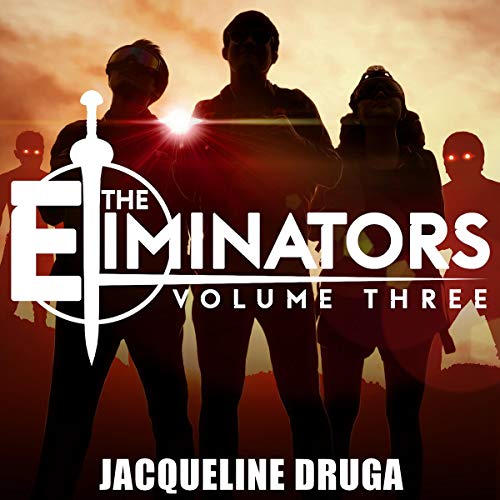 A deadly virus sweeps across the globe turning its victims into murderous creatures.

In the wake of the dead, the Eliminators are born. They are elite teams that travel the country, town to town, taking out the risen dead. A bold and ambitious project to return the world to order.

In the third installment, Kasper is back, but things aren’t back to normal for the team. The Eliminators find themselves physically divided. Half the team remains in Center City, while the other half is sent to retrieve a scientist who they believe has the cure.

It is one thing after another in the action and humorous journey that only the Eliminators can bring.

What listeners say about The Eliminators: Volume Three

I continue to love the characters that make up theis zombie ass-kicking team. As with the previous volumes, there is oodles of action, tragedy, humor, and commeraderie.

I have loved all three books . Each one I’ve enjoyed more than the last. Mainly because I know the characters more and I really like them all !
Utterly brilliant as all Jacqueline Druga books are.
The story focuses more on the people than the zombies , there’s plenty of zombie moments but it’s not all brutal murders and misery.
The narrator is good and made it easy to follow