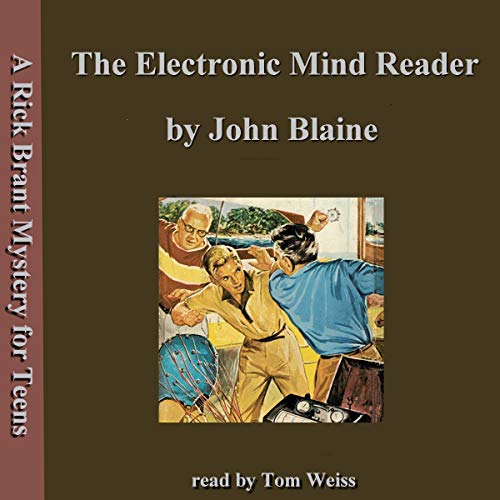 Two scientists working on a top-secret government project suddenly start talking gibberish. The government does not know how or why this has happened and asks the Brants if they can move the remaining scientists to Spindrift Island, a scientific foundation located on an island off the New Jersey Coast, in order to better protect them. The Brants agree. Rick and Scotty become suspicious of a new barber in town and believe he is part of an espionage ring. In this work, Jan Morrison, the daughter of one of the scientists, becomes a new character to Rick Brant books. As always, there is plenty of action, suspense, and detective work involved.

Rick Brant is the central character in a series of 24 science-adventure and mystery novels by John Blaine, a pen name for Harold L. Goodwin. Goodwin was a popular science writer with a strong technical background and a sense of style unusual in the juvenile adventure-series field.

Written in the 1950s and '60s, the books have a real scientific tone for the era. The books are suspenseful, well-plotted, and enriched by humor, important characterization, as well as personal experience and exotic locations. All in all, a good fun listen for teens of all ages.

What listeners say about The Electronic Mind Reader