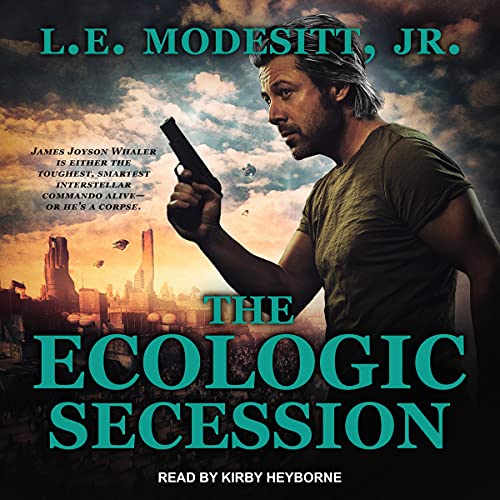 Spanning the human galaxy, the Empire is all-powerful: No human or alien forces have been able to stand against its power. But now, on the planet Accord, the Ecolitan Institute bids fair to challenge the might of the Empire, at last.

Major Jimjoy Earle Wright, secret agent of the Empire, is intelligent and highly trained. But he succeeds all too well in overthrowing a military dictatorship - and the result is a new government inimical to the Empire and disgrace for Jimjoy. After surviving two assassination attempts, Jimjoy realizes that it's his own imperial superiors who want him dead: that, in fact his worst enemies could now become his best friends. Jimjoy switches sides, joins the Ecolitan Institute and changes his identity. Now, as James Joyson Whaler, he must fight in the war for independence against his former colleagues.

What listeners say about The Ecologic Secession

better than I remembered

Read this years ago and was happy to see it on audible, I'm hoping they do the other books in the series.