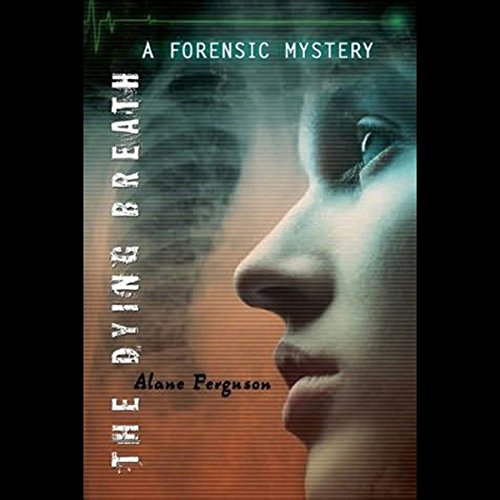 Cameryn's ex-boyfriend is back and ready to kill!Cameryn had thought she was in love with him. He was smart, strong, and would do anything for her - even kill.

Kyle O'Neil disappeared after his first attempt on Cameryns life at the end of The Angel of Death. Now he is back for his second. He's leaving macabre love notes for her everywhere: on her computer, on her cell phone, and on the body of a dead man. And while everyone is determined to keep Cameryn safe, only she knows that its up to her to keep Kyle from killing again and again.

Alane Ferguson delivers her most gripping forensic mystery yet!

"[P]age-turning suspense from the opening scene...strong characterization and relationships...make this more than a satisfying genre read." (Kirkus)

What listeners say about The Dying Breath

I don't know why this is called a "forensic mystery." There's precious little of that. My fault for not researching elsewhere before purchasing, but seriously, couldn't Audible manage to come up with some sort of clear label in the description to warn adults when the content of a book is likely to be too "young" for us? That aside, there is also an annoying fade in-and-out in the audio, as if the reader were swaying back and forth in front of the microphone. I wish Audible in the US would have a way to trade back really disappointing books, the way the UK site offers.

This should be categorised as a romance novel, despite the forensic bits and the gory autopsy details.
The author adds way too many repetitious details about the nonsensical thoughts of the main character that could have been left out without harming the main story one bit. There are also many factually incorrect parts regarding to technology, especially when describing computer interactions.
I guess the editor was asleep when going through the book. Otherwise, it would have been about a third the current length and probably a much better value as a forensic thriller.

I love these types of story lines. However, a 17 year old apprentice coroner/ME helper, is a bit of a stretch to believe. Especially all of the crime solving she does. And the narrartor is almost like nails on a chalk board.