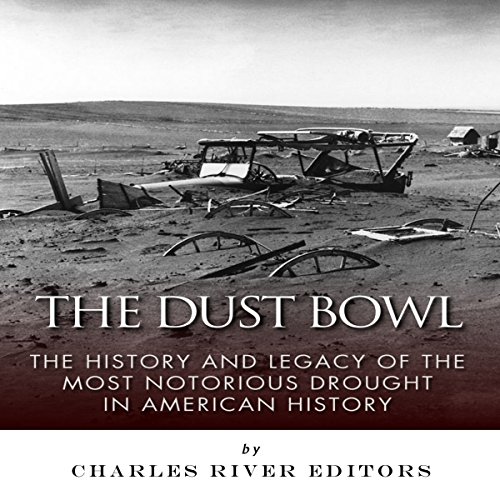 "People caught in their own yards grope for the doorstep. Cars come to a standstill, for no light in the world can penetrate that swirling murk.... The nightmare is deepest during the storms. But on the occasional bright day and the usual gray day we cannot shake from it. We live with the dust, eat it, sleep with it, watch it strip us of possessions and the hope of possessions." (Avis D. Carlson)

"How can you frighten a man whose hunger is not only in his own cramped stomach but in the wretched bellies of his children? You can't scare him - he has known a fear beyond every other." (John Steinbeck, The Grapes of Wrath)

It is almost impossible to imagine today, but in the late 19th and early 20th century there were places where land was cheaper than food and more plentiful than water. During the homesteading period of the 1860s-1880s, the government typically offered land grants of 160 acres to any farmer who could get it cultivated within a certain amount of time. With that much land to make productive, and a limited number of years to get it cleared and planted, men would do whatever it took to get their crops in. These farmers, trying to quickly carve working farms, were more concerned with speed than with the impact on the ground itself. Surviving each year itself was enough work; the future would have to worry about itself.

What listeners say about The Dust Bowl